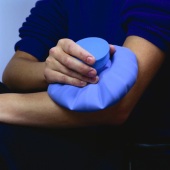 Pain is widespread in much of America, with more than 25 million adults — 11 percent — suffering on a daily basis, a new national survey reveals.

And approximately 14 million adults — roughly 6.4 percent — experience severe pain, which can be associated with poorer health and disability, researchers found.

Other national studies of chronic pain have yielded similar results, said study author Richard Nahin, an epidemiologist with the National Center for Complementary and Integrative Health at the U.S. National Institutes of Health (NIH).

“What makes this study unique is that I also looked at how often adults have mild pain,” he said.

Whether pain is increasing nationally is difficult to say, Nahin said. But the good news is that roughly half of those living with severe pain indicated in the survey that they were nevertheless in good or excellent physical health overall.

And even better news: The poll found that 44 percent of American adults say their lives are pain-free.

The estimates are based on the responses of nearly 9,000 adults who took part in the 2012 National Health Interview Survey. The poll is conducted annually by the U.S. Centers for Disease Control and Prevention.

The NIH says more Americans are affected by pain overall than are touched by diabetes, heart disease and cancer combined. Also, chronic pain is the leading cause for long-term disability.

Nahin said joint pain and back pain are the most common sources of discomfort.

For the study, published in the August issue of the Journal of Pain, Nahin asked survey participants about the frequency and intensity of pain experienced in the preceding three months. He coded reported pain into five categories of severity, based on persistence and the degree to which it was “bothersome.”

About one in 10 adults experiences “a lot” of pain, researchers found, and nearly 56 percent reported some pain in the preceding three months.

Overall, the researchers found that whites, women, and the elderly were more likely than others to report relatively severe pain.

The survey also found that adults experiencing the most severe levels of pain are likely to be more disabled, in worse overall health, and in need of more health care, compared with people dealing with relatively mild pain.

For those looking to mitigate chronic pain, Nahin said various health approaches can be tried with — or in place of — prescription painkillers. Many people turn to yoga, massage and meditation to relieve pain, for example.

People in search of a pain plan will often need to mix it up, said Dr. Edward Michna, director of the Pain Trials Center at Brigham and Women’s Hospital in Boston, and a board member of the American Pain Society.

“Certainly not all pain requires opioids,” Michna said, referring to narcotic medications such as hydrocodone (Vicodin) and oxycodone (OxyContin, Percocet).

“They have a role to play, of course,” he added. “But what is needed is an individualization of care and a multidisciplinary approach that might include physical therapy, mind-body therapy, alternative medicines of various kinds, and other types of nonnarcotic medications.”

The best treatment “will usually be a combination of these things. There is no one right answer,” said Michna, who was not involved in the study.