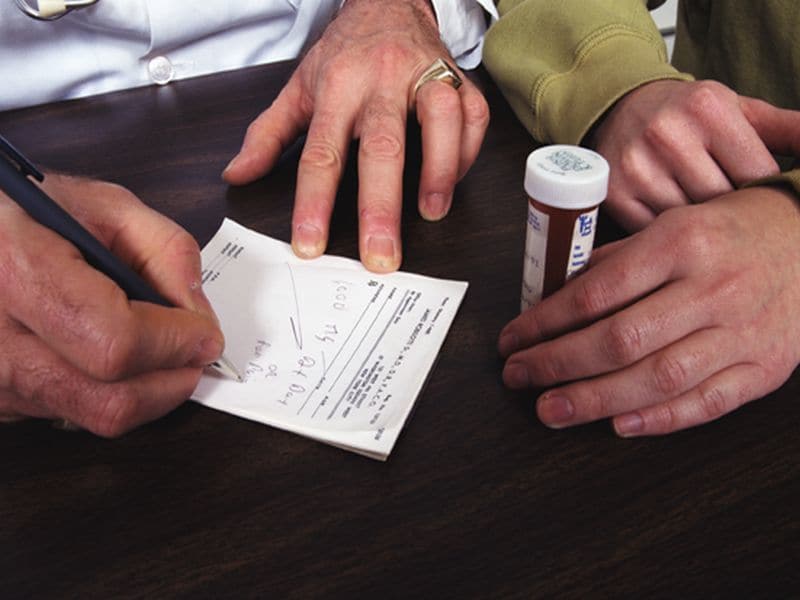 In a sign that the U.S. opioid epidemic is still not under control, a new report shows that prescriptions for the highly addictive painkillers haven’t declined in the last decade.

After peaking in 2012-2013, opioid use and doses leveled off. But doses were still higher in 2017 than in 2007, and opioid use was particularly high among older patients suffering chronic pain, researchers found.

Prescribing of opioids remains high largely because of a medical culture that evolved over many years, said study lead researcher Molly Moore Jeffery, a health economist at the Mayo Clinic, in Rochester, Minn.

“Doctors say: ‘When I see someone with this type of pain, I write a prescription for 30 tabs,’ ” she said. This has resulted in Americans using more prescription opioids than anyone else in the world, Jeffery added.

“We prescribe twice as many opioids as Canada and Germany,” she said. And compared with the United Kingdom, Americans use seven times more opioids per person, she said.

But many people don’t use all the pills prescribed, Jeffery said. “They are sitting in their medicine cabinet, and that can be risky for teenagers,” she said.

For the study, Jeffery and her colleagues used information from a national database of medical and pharmacy claims covering opioid use among 48 million people with health insurance between 2007 and 2016.

This is an observational study, so it cannot establish cause, and the study did not take in all groups, notably uninsured patients, the researchers said. Also, claims data may have missed prescriptions for people with several sources of insurance.

In the end, the researchers found that disabled Medicare patients were more likely to be prescribed high doses of opioids and more likely to use them over a longer time than other patients. Medicare covers people aged 65 and older, but people with disabilities are eligible for Medicare at much younger ages.

A lot of extended use of opioids among these patients is for lower back pain, Jeffery said. But data shows that, for most patients, over-the-counter painkillers like Advil and Tylenol combined with physical therapy are more effective than opioids, she said.

But these so-called integrative pain programs are expensive, and insurers are reluctant to cover them. And opioids are a lot cheaper, Jeffery added.

Among privately insured patients, the most commonly prescribed opioid was hydrocodone (Vicodin), but high volumes of oxycodone (Oxycontin) were also prescribed, the researchers said.

Over the study period, the average daily doses of opioids given to disabled Medicare patients were at levels that increased the risk of an overdose by four times, Jeffery said.

To reduce the number of opioids prescribed, centers like the Mayo Clinic have reevaluated their practices and are now prescribing fewer pills per patient, Jeffery said.

“They cut the volume of pills prescribed by half,” Jeffery said. Moreover, the reduction in prescribing did not result in patient complaints or requests for more opioids, she noted.

“Patients were getting enough pain treatment, but not more than they needed,” Jeffery said.

The trick is to give enough medication to relieve pain without raising the risk of addiction, she added.

He expects 2017 and 2018 data to show a major reduction in opioid prescribing as health systems set new policies.

In addition, some states have passed laws limiting the number of opioid pills that doctors can prescribe. In New York, for example, patients can only get a seven-day supply, Morgenstern said.

“All the emphasis on the problem has had an effect on changing a variety of things that are fueling the opioid crisis,” he said.

The report was published Aug. 1 in the journal BMJ.

For more on opioids, visit the U.S. National Institute on Drug Abuse.