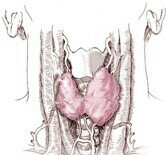 Advanced imaging technology has helped doctors spot more cases of thyroid cancer over the past decade, a new study finds.

But the Mayo Clinic researchers warn that nearly one-third of these cases involve people with low-risk tumors.

“We are spotting more cancers, but they are cancers that are not likely to cause harm,” study author Dr. Juan Brito Campana, an assistant professor of medicine at the Mayo Clinic in Rochester, Minn., said in a Mayo news release.

“Their treatment, however, is likely to cause harm, as most thyroid cancers are treated by surgically removing all or part of the thyroid gland. This is a risky procedure that can damage a patient’s vocal cords or leave them with lifelong calcium deficiencies,” he said.

Treatment for thyroid cancer can also be a financial burden for patients and their families, Brito Campana added. In 2013 alone, the total cost of these procedures in the United States was $1.6 billion. By 2030, that price tag is expected to total $3.5 billion, he estimated.

The study involved data on 566 men and women who were diagnosed with thyroid cancer in Olmsted County, Minn., between 1935 and 2012. The investigators analyzed the number of newly diagnosed cases of thyroid cancer, as well as deaths resulting from the disease. The study authors also looked at how these patients were diagnosed.

However, the study revealed that the proportion of patients who die from thyroid cancer hasn’t changed since 1935.

“We are facing an epidemic of diagnosis in thyroid cancer,” said Brito Campana. “Now that we know where all these new cases are coming from, we can design strategies to identify patients with thyroid cancer who can benefit from our treatment without condemning other patients to unnecessary tests, treatment, suffering and costs.”

One way to do that is to limit the use of certain imaging tests, the researchers suggested. Actively monitoring low-risk tumors, to avoid unnecessary surgery, could also help, they added.

The American Cancer Society has more about thyroid cancer.