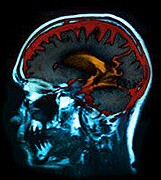 Childhood cancer survivors who’ve had one stroke are at high risk for having another, a new study says.

Researchers analyzed data from more than 14,300 people in the United States and Canada who were diagnosed with childhood cancers between 1970 and 1986 and took part in a long follow-up study.

The rate of second stroke was even higher — 33 percent — among patients who received cranial radiation therapy for their childhood cancer, the study revealed. Other strong predictors of second stroke were high blood pressure and older age at first stroke.

Knowing these risk factors could help doctors identify and treat high-risk patients, according to the authors of the study published online Aug. 26 in the journal Neurology.

“We are at a point where more children are surviving cancer because of lifesaving interventions. Now, we are facing long-term problems associated with these interventions,” co-author Dr. Sabine Mueller, director of the University of California, San Francisco (UCSF) Pediatric Brain Tumor Center, said in a university news release.

Previous research has shown that radiation therapy to the head is a strong predictor of a first stroke. In an earlier study, this same team of investigators found that children treated for brain tumors were 30 times more likely to have a stroke than their siblings.

Study first author Dr. Heather Fullerton, professor of neurology and founder of the UCSF Pediatric Stroke and Cerebrovascular Disease Center, said in the news release, “If they have one stroke, it’s not actually surprising that they have a high risk of getting another stroke.

“You might use aspirin after the first stroke to try to reduce blood clots, but you’re not making those diseased blood vessels go away,” she said.

Current guidelines for follow-up on childhood cancer survivors don’t include monitoring for damage that might increase the risk of stroke. But the researchers pointed out that blood vessels damaged by treatments can generally be seen on MRI scans. They added that UCSF has updated its protocols for assessing stroke risk in cancer survivors, but currently, no changes have been made on a national level.

The U.S. National Cancer Institute has more about childhood cancer.