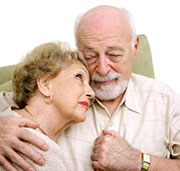 Depression increases the mental strain on people caring for loved ones recently diagnosed with Alzheimer’s disease, a new study finds.

The study included spouses and other family caregivers of 236 people in Finland who were diagnosed with very mild or mild Alzheimer’s disease. The caregivers were followed for three years after their loved ones were diagnosed.

The highest levels of mental stress occurred in caregivers who had depression when their loved one was diagnosed with Alzheimer’s, the investigators found.

“The occurrence of even mild depressive symptoms predicted a psychological load on the family caregiver irrespective of, for example, the progression of the disease,” study author Tarja Valimaki said in a University of Eastern Finland news release. Valimaki is a clinical researcher in the university’s department of nursing science.

The researchers also found that spouses had higher levels of mental stress at the start of the study than other family caregivers, and that spouses’ stress increased during the three years of follow-up.

The study was published online recently in the Journal of Geriatric Psychiatry and Neurology.

The findings suggest that the health of family caregivers requires attention when a loved one is diagnosed with Alzheimer’s, the researchers said.

“A depression inquiry carried out by, for example, a . . . nurse would make it possible to recognize family caregivers who need enhanced support,” the study authors wrote.

The U.S. National Library of Medicine has more about Alzheimer’s caregivers.