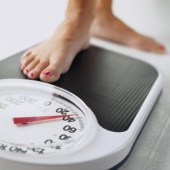 Weight loss was double on average for obese patients who felt they had the most helpful doctors compared to those who felt their doctors were less helpful, researchers said.

The study involved 347 obese people who took part in a two-year U.S. government-funded clinical trial on weight loss. At the end of the trial, participants filled out surveys that included questions about their relationships with their primary care doctors.

The study was published Aug. 21 in the journal Patient Education and Counseling.

The findings could lead to the development of weight-loss programs that give primary care doctors a major role, according to the Johns Hopkins University researchers.

“This trial supports other evidence that providers are very important in their patients’ weight-loss efforts,” Dr. Wendy Bennett, an assistant professor of medicine in the School of Medicine, said in a university news release.

She noted that many weight-loss programs are commercially run, and patients often join them without their doctor’s knowledge.

She added it’s long been known that doctor-patient relationships that include empathy, good communication, collaboration and trust improve the chances that patients will take medicines as prescribed, keep medical appointments and have better outcomes.

The U.S. National Institute of Diabetes and Digestive and Kidney Diseases explains how to choose a safe and successful weight-loss program.