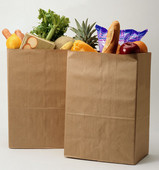 THURSDAY, Sept. 10, 2015The U.S. Food and Drug Administration announced new steps Thursday to improve the cleanliness of food manufacturing plants in the wake of a string of lethal foodborne illness outbreaks.

Tainted foods — including recent examples such as spinach, cantaloupe and ice cream — sicken 1 in 6 Americans — or 48 million people — each year, according to the Centers for Disease Control and Prevention. Approximately 128,000 are hospitalized and 3,000 die from foodborne illnesses annually.

“The food safety problems we experience have one important thing in common: They are largely preventable,” Michael Taylor, FDA deputy commissioner for foods and veterinary medicine, said during a morning media briefing.

Under two new rules that take effect later this year, manufacturers of human and animal foods must submit food safety plans to the FDA showing how they keep their facilities clean and how they’ll react to possible safety issues.

The new preventive measures can help ensure that foodborne illnesses and the disruptions they cause will be eliminated, Taylor said.

“American consumers have high expectations of the safety of the food supply,” he added. “For prevention to be effective, the proper steps need to be taken at each point in the food production processing to ensure hazards can never enter the system,” Taylor said. “That’s why Congress enacted [the new] rules.”

The rules come under the FDA Food Safety Modernization Act. President Obama signed the law in January 2011 but implementation has been delayed. The new procedures represent the first sweeping changes to U.S. food safety laws in 70 years, according to the agency.

The FDA says consumers and their pets will be protected in various ways.

Rather than only reacting to outbreaks, companies now will have to keep them from occurring. Manufacturers must take steps to prevent, or kill, harmful bacteria. In addition, companies should keep allergens — a major cause of food recalls — from getting from one food into another.

Health regulators want to expand prevention measures to farms, where contamination is harder to control than in factories. “Standards have been proposed for agricultural water, farm worker hygiene or cleanliness, compost and sanitation conditions affecting buildings, equipment and tools. These standards will apply to both domestic and imported produce,” the agency said in a news release.

Oversight of imported foods, which account for 15 percent of the U.S. food supply, will also improve. Importers will have more responsibility to ensure foods are safe and meet the same standards as domestic producers, the agency said.

“These are not one-size-fits-all requirements,” Taylor said. “The rules are risked-based, targeted and flexible so that good outcomes are achieved in the most effective and practical way.”

“These proposed updates are directly responsive to the evolving challenges of a global food supply, and illustrate the vital importance of the FDA to us all,” said Dr. David Katz, director of the Yale University Prevention Research Center in New Haven, Conn.

Oversight of food safety is a core function of the FDA, and a job that only a government agency can perform effectively, Katz added.

Noting that Americans count on the safety of the nation’s food supply, he added, “We can do so with a bit more confidence courtesy of these new provisions.”