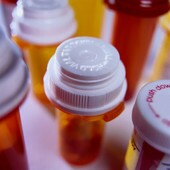 Cialis combined with a blood pressure medication called ambrisentan (Letairis) significantly reduced the progression of pulmonary arterial hypertension, according to results published in the Aug. 27 issue of the New England Journal of Medicine. The condition involves high blood pressure in the arteries leading into the lungs.

People who took the combination therapy were half as likely to die, require hospitalization or have severe progression of their illness, when compared with people who only received one of the two drugs, researchers found.

The results are so encouraging that the maker of Cialis, GlaxoSmithKline, has submitted them to the U.S. Food and Drug Administration so this combination use can be added to the drug’s label, said senior study author Dr. Lewis Rubin, an emeritus professor of medicine at the University of California, San Diego School of Medicine.

Dr. Carl Pepine, past president of the American College of Cardiology, said the results “offer an easy-to-use additional treatment for patients who have this unfortunate condition, who are largely women.”

The two drugs work in different ways to ease the effects of pulmonary arterial hypertension, so researchers decided to see if their impact would be greater used in tandem, Rubin explained.

“This is a complex disease. There’s no magic bullet,” Rubin said. “We postulated that the more pathways you target, the better the effect would be.”

Pulmonary arterial hypertension causes people to be chronically short of breath, as their blood has difficulty getting through the lungs to pick up oxygen. It eventually leads to heart failure because the heart has to pump harder to keep blood circulating through the body.

Cialis works by blocking PDE5, an enzyme that breaks down a substance called nitric oxide that promotes dilation of blood vessels. With more nitric oxide available, the arteries feeding the lungs are better able to dilate, increasing blood flow.

Rubin said Cialis’ sister medication Viagra also has the same effect, but is not as long-lasting.

Both Cialis and ambrisentan are FDA-approved for pulmonary arterial hypertension. But ambrisentan works by inhibiting endothelin, a substance that causes blood vessels to constrict, he said. Thus, one drug promotes dilation of blood vessels while the other works to prevent constriction.

Researchers recruited 500 people with pulmonary arterial hypertension to take part in the clinical trial. The study involved 120 medical centers in 14 countries, and ran between October 2010 and July 2014.

And it appeared that using the two drugs together produced no additional side effects, Rubin and Pepine said.

“I was impressed with the relatively good tolerability,” said Pepine, director emeritus of the cardiovascular medicine division at the University of Florida College of Medicine in Gainesville. “I think that will encourage us to use this combination treatment earlier in the course of the disease. It’s possible we might be able to prevent these women from emerging into a very symptomatic stage, where their daily activities are greatly impaired.”

The men taking the combination therapy also might derive other benefits from the Cialis, given that the dosing is higher for pulmonary arterial hypertension than it is for erectile dysfunction, Rubin said.

“These are sick patients. It’s not uncommon for the men to have erectile dysfunction because they’re sick. Clearly, some of them are deriving some off-target benefits, if you will,” Rubin said. “But their main focus is they can’t breathe and their heart is giving out.”

The clinical trial was funded by the makers of the two drugs, Gilead Sciences and GlaxoSmithKline.

For more on pulmonary arterial hypertension, visit the U.S. National Institutes of Health.