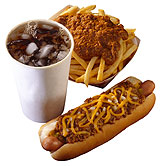 Larger portions and oversized tableware do contribute to overeating, a new study reports.

“Helping people to avoid ‘overserving’ themselves or others with larger portions of food or drink by reducing their size, availability and appeal in shops, restaurants and in the home, is likely to be a good way of helping lots of people to reduce their risk of overeating,” said the study’s co-leader, Dr. Gareth Hollands, a behavior and health researcher at the University of Cambridge.

Until now, the evidence for this effect has been fragmented, so the overall picture has been unclear, Hollands said in a university news release.

“There has also been a tendency to portray personal characteristics like being overweight or a lack of self-control as the main reason people overeat,” he added.

It has long been known that overeating leads to obesity, increasing your risk for serious chronic health issues, including heart disease, diabetes and cancer.

This effect didn’t vary much between men and women or by body mass index (a measure used to assess a healthy weight), the study authors said.

With improved portion control, daily energy consumed from food among U.S. adults would drop 22 to 29 percent (up to 527 calories a day), the investigators determined.

But new legislation and marketing tactics may be needed to help bring about significant reductions in food consumption, the study suggested.

Potential actions the study authors recommend include setting limits on the serving sizes of high-calorie foods and drinks — such as desserts and sugary beverages — and restricting the size of plates, bowls, utensils and glasses.

But how much such steps might help in the long-term remains to be seen, as the study doesn’t prove that downsizing portions and packages will translate to slimmer people.

“With the notable exception of directly controlling the sizes of the foods people consume, reliable evidence as to the effectiveness of specific actions to reduce the size, availability or appeal of larger-sized food portions is currently lacking and urgently needed,” said Hollands.

He and study co-leader Ian Shemilt said they hope the current findings will spark a discussion on how these proposed changes can be implemented.

“At the moment, it is all too easy — and often better value for money — for us to eat or drink too much,” said Shemilt in the news release.