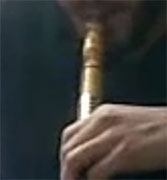 “This is concerning as it suggests that even a substantial proportion of nonsmokers may view hookah as being a relatively safer and acceptable way to use tobacco,” wrote study authors Cristine Delnevo and Olivia Wackowski, of Rutgers University in New Jersey.

Those younger than 25 were more likely than those aged 25 to 34 to say that hookahs (water pipes) and e-cigarettes were safer than cigarettes, according to an analysis of results from the National Young Adult Health Survey. Nearly 2,900 smokers and nonsmokers aged 18 to 34 participated.

The belief that some of these tobacco products were riskier than cigarettes did not stop young adults from using them, the researchers said.

More than 31 percent said they had smoked at least 100 cigarettes and smoked regularly at the time of the survey.

The finding “might be associated with differences in advertising messages these groups are exposed to, the variety of flavors these different products are offered in, and in the case of e-cigarettes, possibly an inclination for younger people to attribute more positive feelings toward newer products that are seen as new and ‘techy’,” Wackowski and Delnevo said in a journal news release.

The U.S. Food and Drug Administration has proposed rules that would ban e-cigarette sales to people under the age of 18 and require warning labels, but those rules have not been finalized. Earlier research has suggested that e-cigarettes might spur teenagers to try smoking.

The U.S. National Library of Medicine has more about hookahs and e-cigarettes.