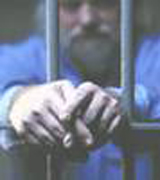 Prisoners with mental and substance-use disorders are more likely to commit violent crimes after their release than other inmates, a new study reveals.

One in seven prisoners has a psychotic illness or major depression, and around one in five enters prison with clinically significant substance-use disorders, the researchers said.

“As these disorders are common and mostly treatable, better screening and mental health services before and after release are essential to prevent future violence and improve both public health and safety,” said lead author Seena Fazel, a professor of forensic psychiatry at the University of Oxford in England.

Results of the study, which involved nearly 48,000 ex-convicts in Sweden, are published in the Sept. 3 issue of The Lancet Psychiatry.

Over an average of three years after returning to the community, one-quarter of the men and 11 percent of the women were convicted of violent crimes, such as assault, robbery, arson and sexual offenses, the findings showed.

The study “underscores the importance of treating alcohol and drug misuse actively and with evidence-based therapies,” Fazel said in a journal news release.

All psychiatric disorders were associated with increased risk of violence after prison release. But the risk was highest among those with schizophrenia, bipolar disorder, personality disorder, attention-deficit/hyperactivity disorder and other developmental or childhood disorders, and those with a history of alcohol and drug abuse, the researchers said.

Also, the more co-existing psychiatric disorders the ex-inmates had, the greater their risk of committing violent crimes, according to the study.

The study doesn’t prove that mental illness leads to violence once these convicts get out of prison. Still, psychiatric disorders could be responsible for up to one-fifth of violent crimes by former male prisoners and two-fifths by former female prisoners, the researchers said.

Improved mental health treatment in prisons could lead to a large reduction in violent crimes committed in the United States, Fazel suggested.

But that won’t be enough, other experts said, if nothing is done about other major issues — such as poor housing, unemployment and substance abuse — faced by former prison inmates.

“Governments and some justice agencies might be tempted by the simple message that the answers to issues in the criminal justice system lie with mental health services. Meanwhile, the claim that mental illness is a direct cause of violence will make uncomfortable reading in mental health [circles],” Louis Appleby, a professor of psychiatry at the University of Manchester in England, and colleagues wrote in an editorial accompanying the report.

“The implication of this study lies between the two: treatment of psychiatric disorders in prisons and on release is crucial, but will not be enough to bring about a major reduction in violent crime,” the editorialists explained.

Appleby, a former National Clinical Director for Health and Criminal Justice in England, and his co-authors called for comprehensive packages of treatment and social support that “hold a therapeutic mirror to the complexity and adversity of offenders’ lives.”