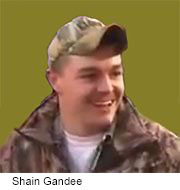 Like its name implies, mud bogging involves navigating a vehicle through muddy pits or tracks. The problem is, mud can clog exhaust pipes, sending carbon monoxide into the cabin of the vehicle.

The hazard first received widespread attention in 2013, when Shain Gandee, the 21-year-old star of the MTV series “Buckwild,” died of carbon monoxide exposure while mud bogging. Two other men, one of them Gandee’s uncle, were also found dead in the vehicle, according to published reports.

But that was not an isolated case. Reporting in the Sept. 10 New England Journal of Medicine, doctors at one U.S. hospital report on similar incidents that landed four teenagers in the emergency room.

In one, an 18-year-old driver and a 16-year-old passenger lost consciousness after being overcome by carbon monoxide while mud bogging. In the other incident, two backseat passengers — ages 16 and 19 — were the victims, the report said.

Fortunately, all survived. They were treated with hyperbaric oxygen, which quickly delivers oxygen to the bloodstream to replace the potentially lethal buildup of carbon monoxide, the researchers said.

“We’re reporting this because we want the public to be aware of the risk,” said report co-author Dr. Michael Lynch, an ER physician at the University of Pittsburgh Medical Center.

Carbon monoxide, or CO, is an odorless gas that’s produced any time fuel is burned. Motor vehicles, small engines, gas stoves, furnaces and fireplaces are all sources of carbon monoxide, according to the U.S. Centers for Disease Control and Prevention. Without proper ventilation, carbon monoxide can build up to deadly concentrations, the CDC notes.

Over 400 Americans die from accidental carbon monoxide exposure each year, and another 20,000-plus end up in the ER, according to the CDC.

Dr. David Beuther, an associate professor of medicine at National Jewish Health, a Denver hospital that specializes in respiratory diseases, said, “Carbon monoxide poisoning deaths are not common, but not rare, either.”

What’s more, those poisonings are preventable, stressed Beuther, who reviewed the report.

“What should mud boggers take away from this? They need to wake up to this danger and take simple measures to educate themselves and prevent tragedy,” he said.

“If possible I’d recommend CO detectors in the cabins of every vehicle,” Beuther said. Keeping the windows open for some fresh air would also help, he added.

Lynch made the same suggestions — though, he noted, open windows might not be as feasible as a CO detector, since debris might fly into the cabin.

Carbon monoxide is especially dangerous to people who are asleep because they can’t notice any initial symptoms, such as headache, dizziness or sudden fatigue. But that’s also the case for people who are intoxicated — as some mud boggers might be, Beuther pointed out.

And even wide awake and sober, people can easily mistake the early symptoms of CO poisoning as the beginnings of a cold, or even the “normal” result of inhaling vehicle exhaust, Beuther said.

Plus, Lynch said, when CO levels are high, it’s a quick progression from vague symptoms to unconsciousness.

The bottom line, both he and Beuther said, is that boggers should not assume they’ll notice symptoms if something is wrong.

Along with installing a CO detector, the best prevention step is to get out of the vehicle if it gets stuck in the mud — or at least open all windows.

“It’s the getting stuck that causes the real danger,” Beuther said.

Many people, he noted, have probably heard tragic stories about passengers dying in cars stuck in the snow. “There are stories where a dad started the car to keep his family warm inside while he dug the car out,” Beuther said. “And because the tailpipe was blocked, the whole family died before he knew what was going on.”

Lynch said he hopes these mud bogging incidents remind people of all the ways carbon monoxide poisoning can happen.

When CO exposure is not severe, quick treatment is often effective, according to the CDC. But heavy exposure can cause irreversible damage to the brain and other body tissue.

“Once it happens, there’s only so much we can do,” Lynch said. “Prevention is absolutely the best medicine.”

The U.S. Centers for Disease Control and Prevention has more on preventing carbon monoxide poisoning.