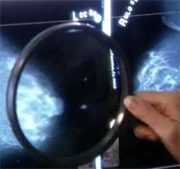 Researchers who pinpointed genetic factors associated with the return of breast cancer say their findings might lead to improved treatments.

Most breast cancer patients are cured after treatment, but the disease returns in about one in five patients, either in the same location as the original tumor or in other parts of the body, the British researchers said.

It turned out that there were genetic differences between primary and recurring tumors, according to the study to be presented Sept. 26 at the European Cancer Congress in Vienna. Research presented at meetings should be considered preliminary until published in a peer-reviewed journal.

“We have found that some of the genetic mutations that drive breast cancers that relapse are relatively uncommon among cancers that do not relapse at the point of primary diagnosis,” study leader Dr. Lucy Yates said in a congress news release. She is a clinical research oncologist at the Wellcome Trust Sanger Institute in Cambridge, England.

“We believe that the differences we have seen reflect genetic differences that can predispose a cancer to return, combined with mutations acquired throughout the period from first diagnosis to the subsequent relapse. Some of these genetic alterations are potentially targetable with drugs,” she said.

Dr. Peter Naredi, scientific co-chair of the cancer congress, said, “Not only can we better choose the right treatment combination as our information about the primary tumor increases, and hence prevent overtreating patients who will not benefit, but this will also help us select the right therapy for each breast cancer patient.

“This study also underlines the fact that we should consider a recurrence of a cancer as a new event, and carefully select the right treatment for the recurrent tumor as opposed to just relying on information from the first occurrence,” he added.

The American Cancer Society has more about breast cancer.