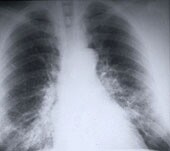 In a statement, the head of the city’s Department of Health and Mental Hygiene said that there have been no new deaths, and no new reported cases over the past 24 hours.

Ten people have died, and 100 more are known to be infected with Legionnaires’ disease, in an outbreak that has been traced to water-filled cooling towers in the South Bronx.

However, “we now see the frequency of diagnoses decreasing, as well as the number of emergency department visits for pneumonia in the South Bronx,” Bassett said.

“We have fewer new cases, people are seeking care promptly and getting treatment promptly,” she added. “We’re optimistic that we’ve seen the worst of this outbreak, and that our remediation efforts are having an impact.”

Health experts note that the elderly, smokers and those with respiratory conditions are most vulnerable to the potentially deadly bacteria. New York City health officials said that of those who died, all were older individuals with other medical conditions.

And it’s possible new cases will crop up still.