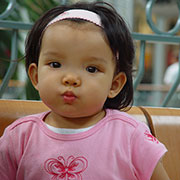 Surgery that removes all visible cancer significantly improves the chances of survival for children with aggressive brain tumors, especially girls.

That’s the finding of a study that included almost 100 children treated for high-grade glioma brain cancer between 1988 and 2010. These rare brain tumors occur in fewer than one in 100,000 children and teens.

After two years, the overall survival rate was 45 percent; 25 percent had no cancer progression.

The study is published in the September issue of the journal Neurosurgery.

Surgical removal of all visible cancer is already the standard of care, but this study reinforces its importance in improving survival, according to Dr. Jeffrey Greenfield and colleagues. Greenfield is an associate professor of neurological surgery at Weill Cornell Medical College in New York City.

The U.S. National Library of Medicine has more about childhood brain tumors.