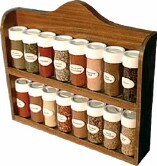 Some like it hot, and a new study finds that folks who favor spicy foods might also have a lower risk of premature death.

The study was based on a large multi-year food analysis. It found that adults who reported eating spicy foods — such as fresh and dried chili pepper — as little as three days per week were less likely to die during the study period than those who consumed such foods less than once a week.

“The finding is very simple,” said study lead author Dr. Lu Qi, an associate professor of medicine at Harvard Medical School in Boston. “If you eat more spicy food, it’s better for your health and lowers the risk for mortality, especially as it relates to cancer and heart disease.”

However, the study authors cautioned that their investigation was not able to draw a direct cause-and-effect link between the consumption of spicy foods and lower mortality. They could only find an association between these factors.

Qi and his colleagues published their findings in the Aug. 4 online edition of BMJ.

People with a prior history of cancer, heart disease or stroke were excluded from the study. The median study follow-up was seven years. During that time, more than 20,000 participants died.

The team did not tally exactly how much spice participants included in individual meals, or how “hot” each respondent’s overall diet actually was.

But the investigators generally found that eating fresh spicy foods as little as once or twice a week was associated with a 10 percent drop in the overall risk for death during the study, compared with eating such foods less than once weekly.

Eating spicy foods between three and seven days per week appeared to lower mortality by as much as 14 percent, the authors reported.

Fresh chili peppers — among the most commonly used spicy foods — were specifically linked to a lower risk of dying as a result of cancer, heart disease and type 2 diabetes.

These findings held up across gender, and even after accounting for differences in age, education, sedentary patterns and marital status. That said, the protective effect of spices was found to be even greater among those who did not drink alcohol, the study found.

Qi noted that the current investigation set out to merely identify the associated impact of spicy diets, not to decode exactly how spices might offer protection against illness and death.

Still, he pointed to prior animal research, which he said suggested that components found in fresh spices help to improve cholesterol levels, maintain healthy bacterial content in the intestine, control inflammation and reduce oxidative stress.

“Human studies are sparse. But all these mechanisms may potentially contribute to the protective effect we saw, which I think would equally apply to other populations, such as Americans,” explained Qi, who is also an associate professor of nutrition and epidemiology with the Harvard T.H. Chan School of Public Health in Boston.

Registered dietician Lona Sandon, an assistant professor of clinical nutrition at the University of Texas Southwestern Medical Center at Dallas, didn’t hesitate to embrace the healthy promise of chili peppers and their spicy cousins. She offered a simple piece of advice: “eat up.”

“We do know that spices are high in potent antioxidants that could be protective against cancer and heart disease,” she said. “Spices have been used for years in traditional medicine practices to cure or treat a variety of ailments.”

And, she added, “the capsaicin in peppers is known to help fight inflammation. Peppers are also a good source of vitamin C, a known potential cancer-fighting agent.”

Past research has also suggested that other spices, such as curry and garlic, are protective against cancer and beneficial in the fight to lower cholesterol and blood pressure, Sandon pointed out.

But despite indications of an “underlying protective element,” she similarly cautioned that “many of these studies are not strong enough to prove cause and effect.”

Still, Sandon noted that spices add flavor, add no calories and risk no harm. “And if they bring an added health benefit, then that is a bonus,” she said.

There’s more on spice options at the American Heart Association.