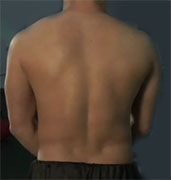 Steroid injections for lower back pain may provide some relief for certain patients, but any benefits are temporary, a new study finds.

Lower back pain related to herniated disk (when intervertebral disks become compressed and bulge) and, to a lesser degree, spinal stenosis (narrowing of the spinal canal), is often treated with epidural steroid injections, the researchers said. But after reviewing 38 previously published studies, the researchers found no strong evidence to support their use for these conditions.

“These injections may not be as effective as perceived, and decisions should be based on an informed discussion of risks, benefits, and potential options, including surgery, medications and nonpharmacological options like exercise therapy,” said lead researcher Dr. Roger Chou, a professor of medicine at the Oregon Health & Science University.

Chou said lower back pain usually improves over time without treatment, but some patients may want relief sooner.

“Patients may have a perception that these injections reduce the need for surgery or result in long-term benefits,” Chou said. “It’s important for them to understand that benefits appear to be short-lived and to weigh these short-term benefits against potential complications of the injections, such as infection and nerve injury.”

The report was published Aug. 24 in the Annals of Internal Medicine.

In the case of a herniated disk, Chou said researchers found that compared with a placebo, steroid injections were associated with small improvements in pain and decreased risk of surgery in the first few weeks after the injection. But the benefits were no longer present with longer-term follow-up.

“The results appeared to be similar regardless of what type of injection technique was used, what steroid was used, the dose of the steroid, and other factors,” Chou said.

For patients with spinal stenosis, “studies found that steroid injections were not effective,” he said.

Herniated disk and spinal stenosis each account for about 3 percent to 4 percent of patients with lower back pain, the researchers said in background notes.

Dr. Nick Shamie, professor and chief of orthopedic spine surgery at the University of California, Los Angeles School of Medicine, agreed with the findings.

Shamie doesn’t think steroid injections are worth the cost. “When you offer a procedure to patients that doesn’t have a lasting benefit and ultimately they may need a definitive treatment,” he said, “the question is, should we keep offering them this shorter-lived treatment?”

But Shamie said that patients often want to try a steroid injection because they fear surgery.

For most patients suffering from spinal stenosis, surgery is the best treatment, Shamie said.

Having options are important, but being realistic about your expectations is also critical, Shamie said. “If you think that steroid injections are going to rid of your problem, you’re fooling yourself,” he said.

For more on lower back pain, visit the U.S. National Institute of Neurological Disorders and Stroke.