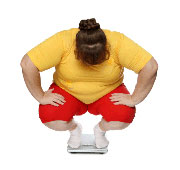 Studies have suggested a link between vitamin D deficiency and problems such as insulin resistance and heart disease, and some doctors put obese teens on high-dose vitamin D supplementation to try to slow or reverse such obesity-related health problems.

But this latest research found the supplements do not improve obese teens’ heart health or reduce their diabetes risk, said Dr. Seema Kumar, a pediatric endocrinologist at the Mayo Clinic Children’s Center in Rochester, Minn. In addition, the supplements may be linked to increased levels of cholesterol and fat-storing triglycerides, according to a Mayo Clinic news release.

“After three months of having vitamin D boosted into the normal range with supplements, these teenagers showed no changes in body weight, body mass index, waistline, blood pressure or blood flow,” Kumar added.

She has studied the effects of vitamin D supplementation in children for 10 years, and her latest findings were published online Aug. 14 in the journal Pediatric Obesity.

“I have been surprised that we haven’t found more health benefit,” Kumar said. “We’re not saying it’s bad to take vitamin D supplements at reasonable doses, and we know most obese teens are vitamin D-deficient. We’re just saying the jury is still out on how useful it is for improving overall health in adolescents,” she explained.

“We’re not saying the links between vitamin D deficiency and chronic diseases don’t exist for children — we just haven’t found any yet,” Kumar said.

The Harvard School of Public Health has more about vitamin D and health.