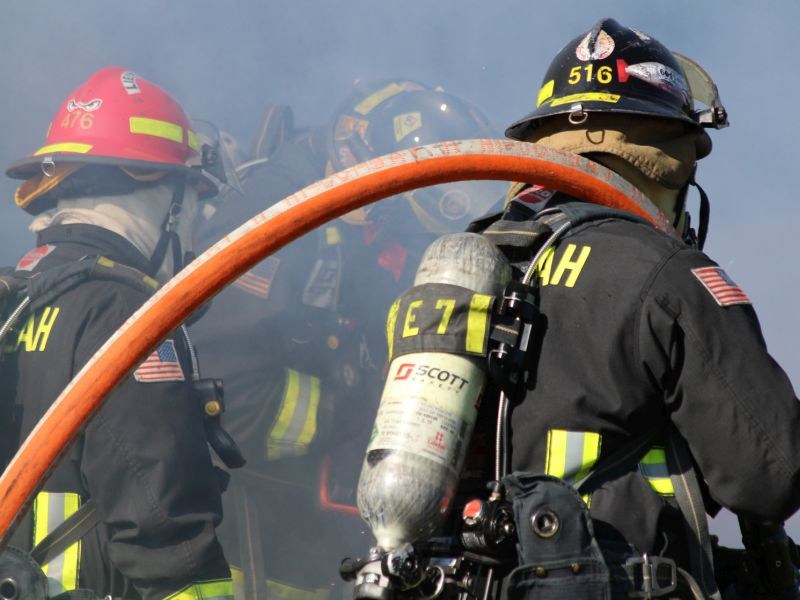 Firefighters who die from cardiac arrest tend to have underlying heart problems, a new study finds.

Cardiac arrest accounts for more job-related deaths among firefighters than any other cause, and researchers wanted to know what ups their risk.

“Firefighters face many dangers, but the greatest risk is from underlying cardiovascular disease in combination with the physiological strain that the work places on the firefighter,” said study lead author Denise Smith. She’s director of the First Responder Health and Safety Laboratory at Skidmore College in Saratoga Springs, N.Y.

“Medical screening is necessary to establish that a firefighter is healthy enough to do this strenuous work,” Smith added.

Cardiac arrest occurs when the heart’s electrical system stops working properly. In the United States, about 1 in 7 people will die of sudden cardiac arrest, the study noted.

For the research, the investigators analyzed autopsy records for 627 U.S. male firefighters, ages 18-65, who died on duty between 1999 and 2014. The researchers found 276 deaths were from cardiac arrest and 351 from injuries.

Among those felled by cardiac arrest, the most common heart diseases were narrowed arteries (coronary artery disease) and structural abnormalities, such as enlarged heart and increased wall thickness of the heart’s left ventricle. The left ventricle is the primary chamber for pumping blood.

Narrowing of the arteries, enlarged heart and prior heart attack were independently associated with a greatly increased risk of death from cardiac arrest, the researchers found.

The study is in the Sept. 5 Journal of the American Heart Association.

“Historically, screening has focused more on risk factors for coronary artery disease,” Smith said in a journal news release. “While this screening remains essential, it is important that clinicians also consider testing to identify an enlarged heart and increased wall thickness.”

The U.S. National Heart, Lung, and Blood Institute has more on cardiac arrest.