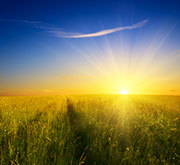 Climate change is expected to bring about a host of health harms, and a new study suggests that a surprising addition to that list might be an increase in the number of low birth weight babies born in poor nations.

The researchers looked at almost 70,000 births in 19 African nations. The births occurred between 1986 and 2010. The researchers hoped to assess the relationship between rainfall, temperature and birth weight.

They found that that lower levels of rainfall and an increased number of very hot days during pregnancy seems to raise the risk of lower birth weight. Low birth weight occurs when a baby is born weighing less than 2,500 grams (about 5.5 pounds), the researchers said.

Although this study was able to find an association between rainfall and temperature and the number of babies with low birth weights, it wasn’t designed to prove a cause-and-effect relationship between these factors.

“Our findings demonstrate that in the very early stages of intrauterine development, climate change has the potential to significantly impact birth outcomes. While the severity of that impact depends on where the pregnant woman lives, in this case the developing world, we can see the potential for similar outcomes everywhere,” study leader Kathryn Grace, a geography professor at the University of Utah in Salt Lake City, said in a university news release.

The study was published Sept. 29 in the journal Global Environmental Change.

“At the end of the day, the services we invest in to support these developing countries won’t reap the same level of benefits as long as climate change continues. Services such as education, clean water efforts and nutrition support won’t be as effective. We need to work faster and differently to combat the evident stresses caused by climate change,” she concluded.

The World Health Organization has more about climate change and health.