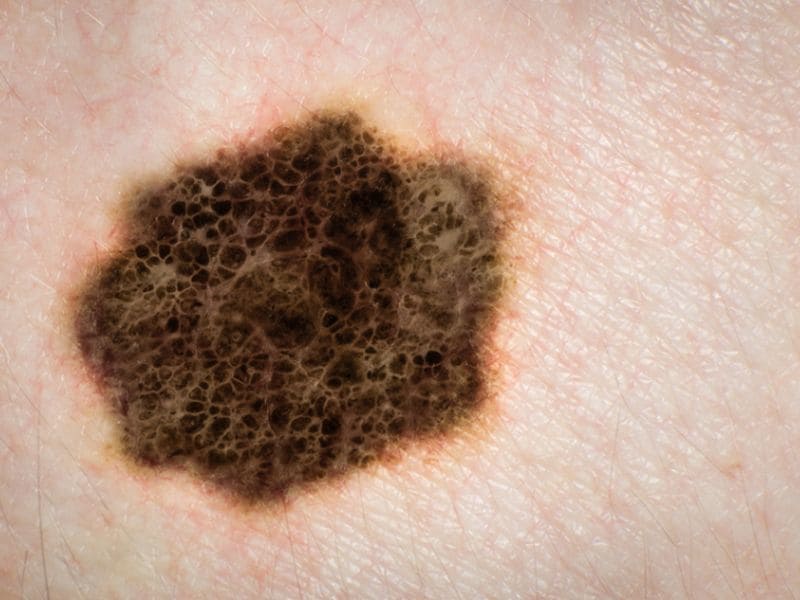 People who have frequent recurrences of a common skin cancer may be at increased risk of a range of other cancers, a new study suggests.

Researchers found the heightened risk among patients who’d had many bouts of basal cell carcinoma (BCC) — a highly treatable form of skin cancer diagnosed in over 3 million Americans each year.

It’s well known that people who develop any form of skin cancer face an increased risk of other skin cancers — including the most serious form, melanoma.

“This study shows that when people have frequent basal cell carcinomas, they also have an increased risk of internal cancers — which hasn’t been seen before,” said lead researcher Dr. Kavita Sarin.

Basal cell carcinoma, which is caused mainly by ultraviolet (UV) exposure, is highly curable. And the vast majority of people do not develop it at the frequency linked to internal cancers, according to Sarin, an assistant professor of dermatology at Stanford University.

She said her team’s findings suggest that when people do have such frequent recurrences, it may signal an underlying susceptibility to cancer more generally.

For the study, the researchers analyzed the DNA of 61 patients with frequent basal cell carcinomas, and found 20 percent had mutations in genes that help repair DNA damage in body cells. Cancer arises when such abnormal cells grow and spread unchecked.

“That 20 percent figure is much higher than you’d see in the general population,” Sarin said.

She cautioned, though, that the finding is based on a small group of patients, and further research is necessary.

Dr. Vernon Sondak, who heads the skin cancer department at Moffitt Cancer Center, in Tampa, Fla., called the findings important, though not surprising.

It has long been thought that the skin can serve as a “tip off” that a person is relatively more vulnerable to DNA damage from various exposures.

“This suggests that the same underlying biology that makes some people especially vulnerable to DNA damage from UV radiation may also make them more susceptible to other cancers,” said Sondak, who was not involved in the study.

People who have a history of frequent BCCs should be sure to get the recommended screenings for other cancers, like breast and colon cancers, Sondak said.

And if they have a strong family history of any of those internal cancers, he noted, they might talk to their doctors about whether screening at an earlier age is a good idea.

Sarin agreed, and said that in some cases, genetic testing might be suggested.

The study findings are based on the 61 patients at Stanford who’d been treated for an unusually large number of BCCs — an average of 11 times over 10 years. More than one-third of them had a history of other cancers, too.

Among patients with at least six basal cell carcinoma diagnoses, the risks of blood, breast, colon and prostate cancers were roughly three- to six-times higher, versus the norm for Americans of the same age and race, the study authors reported.

The researchers then confirmed the pattern using a health insurance database with information on over 111,000 BCC patients. Again, people with frequent basal cell carcinomas had increased risks of internal cancers, including blood and colon cancers.

Among the Stanford patients, 20 percent had mutations in any of a dozen genes involved in DNA repair — including the BRCA genes linked to breast and ovarian cancers.

In contrast, that would be seen in about 3 percent of the general population, according to Sarin.

What about the other 80 percent of patients? Sarin said it’s possible other groups of genes — like tumor-suppressor genes — are involved. She and her colleagues are continuing the study and will be looking at that.

Another question, Sarin said, is whether the same pattern is true of people with frequent recurrences of squamous cell carcinoma — another common, highly curable skin cancer.

For now, she stressed that the higher cancer risk was seen only when people had frequent BCC diagnoses. “This doesn’t apply to you if you’ve had one or two basal cell carcinomas,” she said.

The findings were published online Aug. 9 in the journal JCI Insight.

The American Academy of Dermatology has more on basal cell carcinoma.