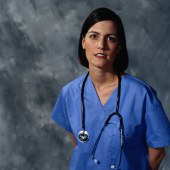 Although half of all U.S. medical school graduates are women, there are about twice as many male faculty members at medical schools. And men represent more than double the number of women who’ve achieved the rank of full professor, the first study reported.

The second study found women who are medical school faculty members receive less research support from their institutions. Less than one-third of funded researchers are female, the study said. Researchers pointed out that women may have more trouble finding good mentors, receiving institutional resources and gaining recognition from senior colleagues than men do.

“These two articles add to the abundance of literature focusing on the disparities of careers of women in academic medicine. Similar disparities exist for individuals from racial and ethnic minorities and for those from other marginalized communities,” wrote Dr. Carrie Byington and Dr. Vivian Lee, from the University of Utah, Salt Lake City, in an accompanying editorial.

“As the training ground for future generations of health care providers and biomedical scientists, academic medical centers should ensure that their students, faculty and staff represent the people they serve and that all can contribute to their fullest potential. It is time for academic medicine to move forward,” they added.

The first study pulled information on more than 91,000 doctors in the United States. All were faculty members at U.S. medical schools in 2014. Aside from the doctors’ gender, age, number of years in practice and specialty, the study authors also examined the their publications, clinical trials and funding from U.S. National Institutes of Health (NIH).

There were almost 61,000 men who were medical faculty compared to more than 30,000 women, the study revealed. Full professor appointments were received by 29 percent of the men, while only 12 percent of women held those positions.

Female medical school faculty were also less likely to have a NIH grant than male faculty members, the study found.

“These challenges may adversely affect research productivity and may also explain why even after adjusting for research productivity, women are still less likely than men to be full professors,” wrote study author Dr. Anupam Jena, of Harvard Medical School in Boston, and colleagues.

A separate study looked at gender differences in support for junior biomedical researchers. Only 30 percent of funded scientists are women, the study led by Dr. Robert Sege, of Health Resources in Action in Boston revealed.

The study involved application data from two New England biomedical research programs. Information on more than 200 applicants, including 92 women, was reviewed. The researchers specifically examined start-up support, such as salary, equipment and supplies, provided to the applicants by their institution.

Men received much more start-up support than women. The median support received by men was $889,000, compared to $350,000 for women, the study said. Meanwhile, 40 percent of the men reported support exceeding $1 million. But, only 12 percent of woman received this level of support, the research showed.

Junior faculty women also have fewer peer-reviewed publications than men. This could be the result of a lack of institutional support early on, the researchers suggested.

“In this preliminary study of early-career grant applicants administered by one organization, junior faculty women received significantly less start-up support from their institutions than men,” the study’s authors wrote. “This first look suggests the need for systematic study of sex differences in institutional support and the relationship to career trajectories.”