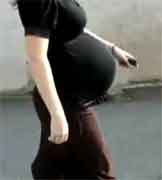 These findings add to a growing body of evidence suggesting there is an association between these chemicals, known as persistent organic pollutants (POPs), and metabolic health issues.

“As countries around the world, including Greece, deal with an increasing prevalence of gestational diabetes, the findings are important from a public health perspective as knowledge of environmental risk factors could help to reverse this trend,” the study authors said in a news release from the European Association for the Study of Diabetes.

Dichlorodiphenyldichloroethene (DDE, a breakdown product of DDT) and hexachlorobenzene (HCB) are man-made chemicals used widely as pesticides, while PCBs were used in many industrial processes. All the chemicals have been banned for decades, but they are hard to break down and linger in the environment. As a result, they can accumulate in the bodies of people and animals.

The researchers investigated the link between exposure to these persistent organic pollutants during early pregnancy and the development of gestational diabetes.

Gestational diabetes occurs to some women when they’re pregnant. Most of the time, it disappears after childbirth, but it can increase the risk of type 2 diabetes later on, according to the American Diabetes Association.

The study involved nearly 640 Greek women included in the Mother-Child Cohort in Crete. Women who became pregnant over a one-year period starting in February 2007 were asked to participate in this study. They were followed throughout their pregnancy and for up to seven years after they gave birth.

Study author Leda Chatzi, an assistant professor of nutritional epidemiology at the University of Crete in Heraklion, measured concentrations of several organic pollutants in the women’s blood. The women were also screened for gestational diabetes between their 24th and 28th weeks of pregnancy.

Gestational diabetes was diagnosed in 7 percent of the women. After taking the women’s pre-pregnancy body mass index (a measure used to determine if someone is at a healthy weight for their height), the researchers found a 10-fold increase in total exposure to PCBs was linked with a 4.4 times greater risk for gestational diabetes.

“These findings suggest that women with high PCBs levels in early pregnancy had higher risk for gestational diabetes. Further studies are needed to replicate these results and to evaluate potential biological mechanisms underlying the observed associations,” the study authors said in the release.

“Our future research in this cohort will examine whether prenatal exposure to POPs is associated with alterations in glucose metabolism and diabetes development of the offspring in early childhood,” they added.

The findings were expected to be presented Tuesday at the annual meeting of the European Association for the Study of Diabetes in Stockholm, Sweden. Data and conclusions presented at meetings are usually considered preliminary until published in a peer-reviewed medical journal.