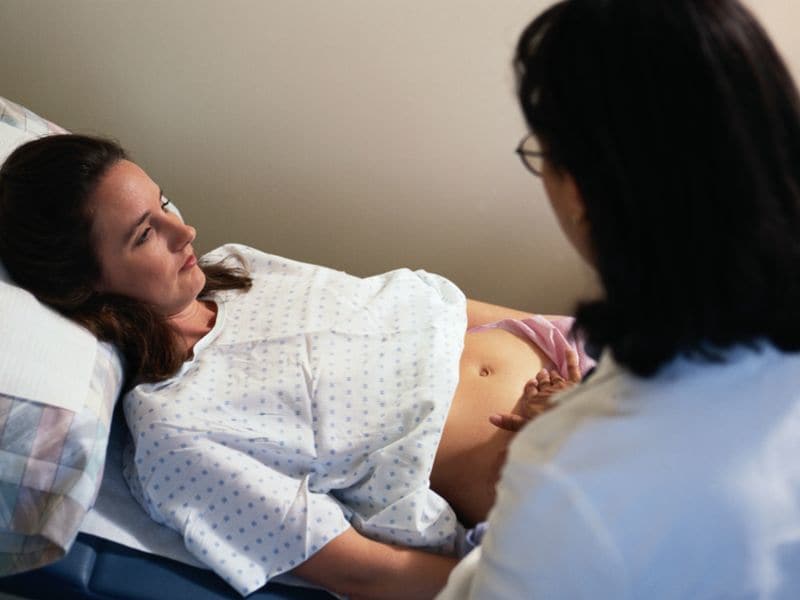 High blood pressure during pregnancy can be a sign of preeclampsia — a potentially life-threatening complication. Now, new research suggests preeclampsia might also make women more vulnerable to a specific type of dementia.

Women with a history of preeclampsia were 3.4 times more likely to suffer from vascular dementia later in life, the researchers found. This form of dementia is triggered by impaired blood flow in the brain.

The association makes perfect sense given that preeclampsia is a complication that affects the blood vessels, said Dr. Joel Ray. He’s a professor of medicine at the University of Toronto who wrote an editorial accompanying the new study.

The new study was published online Oct. 17 in the BMJ.

However, another new study, published Oct. 17 in the American Heart Association journal Hypertension, found that preeclampsia did not predispose women to significant cognitive impairment later in life.

Instead, other physical and social risk factors — such as depression, body mass index and education level — may contribute to any mental decline, according to the researchers behind the second study.

Preeclampsia typically develops late in pregnancy. It occurs in 3 percent to 5 percent of pregnancies and, if left untreated, can risk the lives of both mother and child.

The stress that preeclampsia puts on blood vessels could affect brain health in a way that would promote vascular dementia, which is caused by a series of “staccato” events that add up one by one to harm the brain by impairing blood flow, Ray explained.

“Vascular dementia is a form of dementia that clearly arises from alteration in typically small blood vessels,” Ray said. “Something happens, not slowly but pretty quickly, and when that happens the person takes a step downward in their cognition. Something changes, and it isn’t noticeable over years.”

Strokes that block a brain artery, or other conditions that damage brain blood vessels, can lead to vascular dementia, according to the Mayo Clinic.

For the new study, researchers analyzed data from more than 1 million women in Denmark who gave birth at least once between 1978 and 2015. None of the women had been diagnosed with heart problems, stroke, diabetes or dementia prior to their first birth.

The association between preeclampsia and vascular dementia was particularly strong for women who developed dementia after age 65, and persisted even after taking into account other risk factors for that form of dementia, the researchers said.

But the findings did not prove that preeclampsia caused vascular dementia risk to rise.

Preeclampsia did not appear to be a factor in Alzheimer’s disease or other forms of dementia, according to the report.

As a possible explanation for the association, the research team noted that a gene that increases susceptibility to preeclampsia — STOX1 — was found in other research to be overexpressed in late-onset Alzheimer’s disease. The gene has also been linked to the processing of amyloid beta, a sticky compound that accumulates in the brain and is associated with Alzheimer’s.

Because this was an observational study, there’s no way to know the exact nature of the link, said Heather Snyder, senior director of medical and scientific operations at the Alzheimer’s Association.

“Is it because you had that change in your blood pressure that impacts your brain health in later life, that makes your brain more vulnerable to other changes in later life?” Snyder said. “Or is it something about your genetics or your biology that makes you more prone to both preeclampsia and vascular dementia?”

Based on these findings, doctors should ask women whether they’ve had preeclampsia and promote therapies that could reduce their risk of both vascular dementia and other heart illnesses, Ray and Snyder said.

For example, these women could help themselves by eating right, exercising and taking medications to control their blood pressure as they age.

Ray suggested that “maintenance of a healthy weight along with blood pressure control are probably the two most doable and inexpensive approaches” to protecting heart and brain health in women who’ve had preeclampsia.

Snyder noted that this study adds to growing evidence that events earlier in your life can affect your risk of dementia decades later.

The U.S. National Library of Medicine has more about vascular dementia.