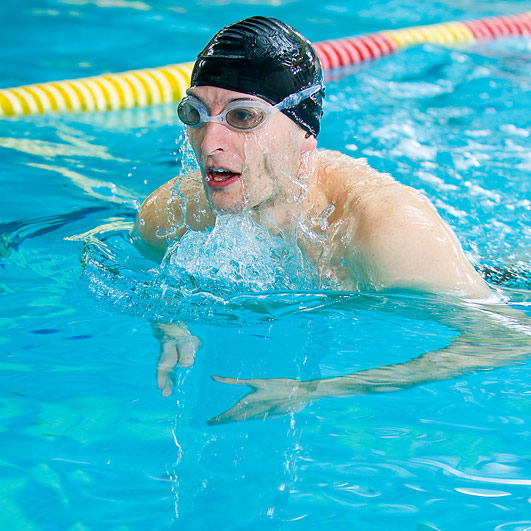 Indoor tanning is far more popular among gay and bisexual men than it is among heterosexual men, a fact that may explain why they also have higher skin cancer rates, new research suggests.

“Overall, the rate of indoor tanning among these men is between three to six times greater than it is among heterosexual men,” said study co-author Dr. Matthew Mansh, an intern in the department of internal medicine at California Pacific Medical Center in San Francisco.

“Gay and bisexual men also have about twice the rate of skin cancer compared with heterosexual men,” he added, “both in terms of melanoma and non-melanoma.”

The results stem from a review of state and federal government data that involved nearly 78,500 adult straight men and more than 3,000 gay and bisexual men. About 108,000 straight women were also included, alongside more than 3,000 lesbians.

Mansh and his colleagues report their findings online Oct. 7 in the journal JAMA Dermatology.

The U.S. Centers for Disease Control and Prevention cautions that indoor tanning is in no way safer than unprotected outdoor sun exposure. Both can bring about premature aging of the skin, spotting and wrinkling. But above all, both raise the risk for developing skin cancer, which now strikes more than 5 million Americans year, the study authors noted.

Regardless, indoor tanning remains stubbornly popular, with the CDC statistics showing that roughly 400,000 Americans continue to develop skin cancer each year as a result of indoor tanning.

Since tanning behavior among gay men and women has never been studied, Mansh and his team set out to see how their indoor tanning histories might stack up.

The researchers found that indoor tanning risk among self-identified gay and bisexual men (aged 18 and up) shot up sixfold compared to straight men. By contrast, the practice was only half as common among gay/bisexual women as it was among straight women.

What’s more, tanning trends were strongly associated with increased skin cancer risk. For example, the national data found that gay and bisexual men had almost a 7 percent risk of skin cancer, while straight men only faced a 3 percent risk.

Conversely, gay and bisexual women were found to be half as likely to develop non-melanoma skin cancer as straight women, although no difference was seen in terms of melanoma risk.

What might account for the trends? Mansh pointed to past studies that have focused on young white women, among whom the main motivators seem to be a desire to enhance appearance and look youthful. “It’s something that needs to be specifically studied, but we assume it’s probably a similar situation among gay and bisexual men,” he said.

Meanwhile, Aaron Blashill, author of an editorial that accompanied the study, described the current effort as both “novel and highly significant.”

“There currently aren’t any known public health interventions targeting tanning or skin cancer among these sexual minorities,” noted Blashill, who is an assistant professor in the department of psychology at San Diego State University.

“So, one major implication from this study is that it will hopefully encourage researchers to further study this population to better understand what are the factors that are placing sexual minority men at risk for skin cancer.

“Once we have a better understanding of those risk factors,” said Blashill, “targeted skin cancer prevention [efforts] can then be developed, and implemented in the community.”

There’s more on the risks associated with indoor tanning at the U.S. Centers for Disease Control and Prevention.