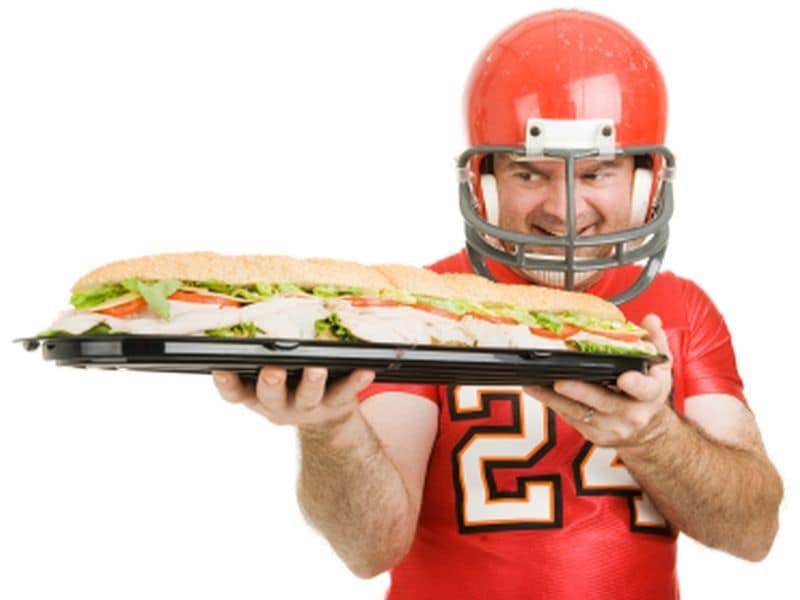 Do you get way too involved when following sports events?

Whether it’s the World Series, the Super Bowl or the Olympics, it’s important to draw a line between being a fan and being a fanatic … so your actions don’t spiral out of control.

Rooting for your favorite team is one thing. But researchers from the University of Arkansas found that overly involved sports fans are more likely to engage in unhealthy lifestyle behaviors — such as too much food and alcohol — than non-sports fans. This can increase their risk for heart disease, stroke, cancer, diabetes and even early death.

One of the first health problems is often a rise in BMI or body mass index, a ratio of weight to height. This results from eating a high-fat diet with a lot of fast foods, fewer vegetables and whole grains, and too many alcoholic beverages.

High-profile football game days, for instance, are among the heaviest days for alcohol consumption, on a par with New Year’s Eve. Diehard sports fans often feel like they must drink during “big games” — and in doing so may become belligerent, arguing over game plays and refs’ calls, as well as with fans of opposing teams. This behavior has social disadvantages, too, leading to the potential loss of friends and alienating co-workers, depending on whom you’re with.

While being a sports fan is fun and a fun way to connect with others, if it causes you to abandon your healthy lifestyle habits, it may be time to reassess how you behave during these events for a better you.

Psychology Today has a blog to see what type of sports fan you are.