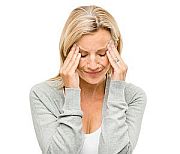 A good cry really can help you feel better, a new study says.

The function of crying is not well understood. Some experts believe crying is an appeal for support, comfort or help, while others think its main role is to release emotions.

In this study, 60 people watched two movies, both of them tearjerkers. Almost half the viewers cried during the films. All participants were asked how they felt immediately after the movies, and again 20 and 90 minutes later.

Right after seeing the movies, the mood of viewers who didn’t cry was unchanged, while the criers’ moods were lower. However, within 20 minutes the moods of the teary-eyed rebounded to previous levels, and within 90 minutes their moods were even better than before the movies.

This rebound was not linked with how often someone cried, according to the study recently published in the journal Motivation and Emotion.

The drop and subsequent return of emotions to previous levels might make you feel you’re in a much better mood after you shed your tears, said lead author Asmir Gracanin, of the University of Tilburg in the Netherlands.

However, it does seem that criers experience a general improvement in mood, but only after a longer period of time.

“After the initial deterioration of mood following crying, it takes some time for the mood not only to recover but also to be lifted above the levels at which it had been before the emotional event,” Gracanin said in a journal news release.

The American Psychological Association has more about why we cry.