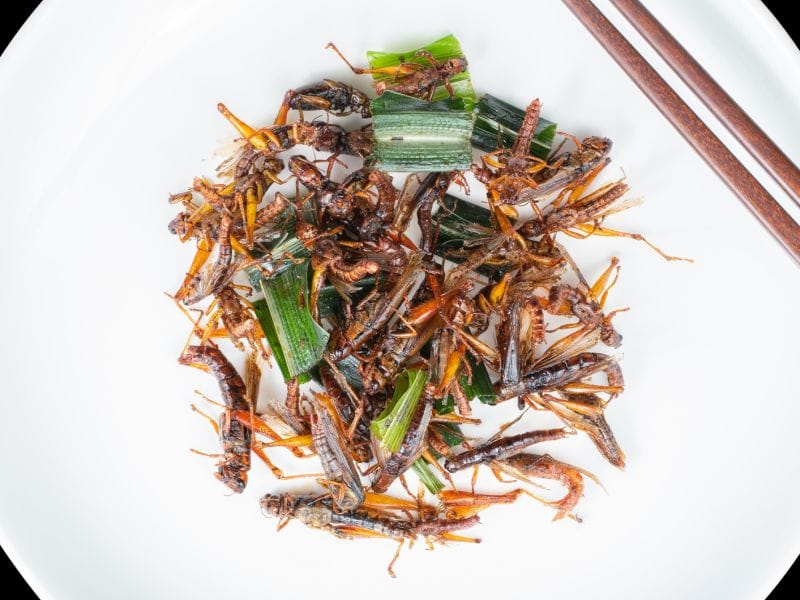 Want to get consumers hungry for a chocolate-covered ant or crunchy cricket snack?

So finds an advertising experiment that aimed to get 180 Germans to embrace entomophagy, a verbal mouthful that basically means “eating insects.”

Aware of the hard sell at hand, lead investigator Sebastian Berger highlighted several reasons — none having to do with taste — to seriously consider an insect-based cuisine.

“They are rich in protein, environmentally friendly and a healthy option compared to traditional meats,” Berger noted. And with 25 percent of all man-made greenhouse gas emissions tracing back to food production, he said insect harvesting produces just a “fraction” of the greenhouse gases emitted in producing meat products.

Berger is an associate professor in the department of organization and human resource management at the University of Bern in Switzerland.

In the end, however “delicious” trumped “healthy” in gaining new fans of mealworms and crickets, Berger said.

“The majority of humans eat insects, or come from a culture in which insect-eating is normal,” he observed. But Berger acknowledged that in the Western world, the practice is “predominantly associated with the emotion [of] disgust.”

Given that, “it is to be expected that utilitarian [nutrition] ads don’t work well in the case of eating insects.”

In the study, volunteers were described as “well-educated” and ranged in age from 18 to 72.

In a lab setting, all were told the study concerned “new products,” rather than insect food. After completing a food questionnaire, all reviewed an information sheet containing one of two ad options for a start-up insect food company. The first promoted insects as “exquisite” or good for the body or environment. The second ad promoted insect food as “delicious,” “exotic” or “trendy.”

The participants were then asked if they would try a mealworm chocolate truffle recipe.

After critiquing a food presentation, those who chose to eat the truffle indicated what they thought of it.

Similarly, those who saw so-called pleasure-based ads were more inclined to actually like the mealworm truffle than those who saw ads focused on health and/or the environment.

The findings were published in the September issue of the journal Frontiers in Nutrition.

The notion that “people eat for taste first” makes sense to Connie Diekman, director of university nutrition at Washington University in St. Louis.

“I’ve seen this as a registered dietitian,” she said. “If a food doesn’t taste good, no matter how healthful or how environmentally friendly, people will not eat the food.”

And insects would definitely not be an exception to that rule, suggested Diekman, who is also the former president of the Academy of Nutrition and Dietetics.

“If the taste is enjoyable, people might overcome the perception issue, but — as with so many novel foods — introduction would need to be gradual, [and] very much focused on taste and usage tips.”

But dietitian Lona Sandon was not having it, pouring cold water on the notion of a plate of steaming hot grasshoppers.

“The U.S. population in general is not ready for eating insects, myself included,” said Sandon, program director of the department of clinical nutrition at the University of Texas Southwestern Medical Center.

“Until it becomes a cultural and socially acceptable food source, companies trying to sell insect flour or other insect-based foods will be facing a huge culture barrier to overcome in the U.S. market,” she said.

The Food and Agriculture Organization of the United Nations has more information on insects as food.