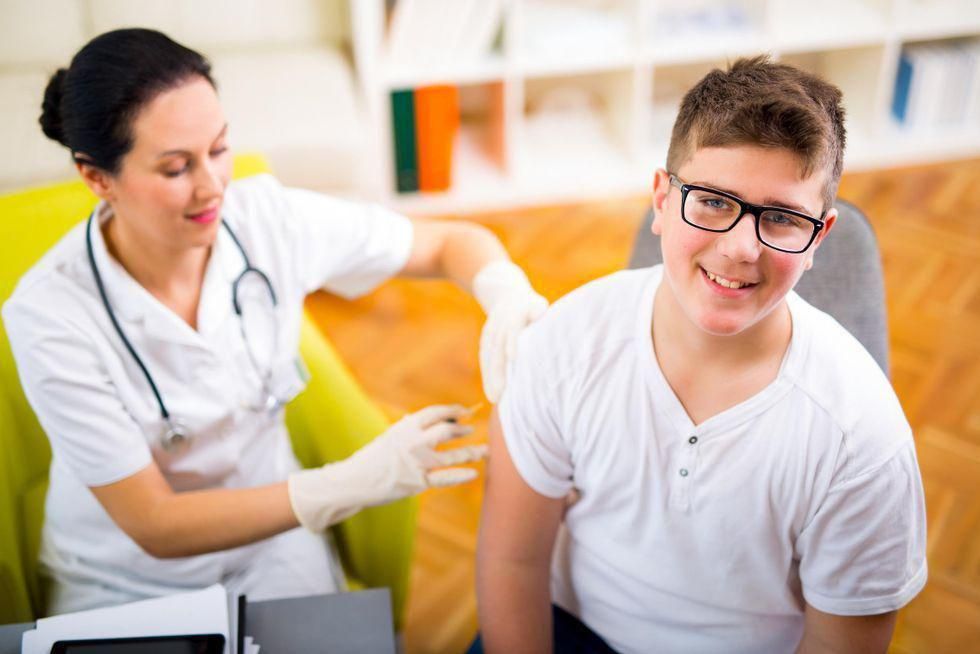 U.S. health officials have some reassuring news about the safety of the COVID-19 vaccine in young people: Among millions of U.S. teens who’ve received Pfizer’s shots, serious side effects have been rare.

As of July 16, close to 9 million teens, aged 12 to 17, had received the Pfizer-BioNTech vaccine — the only one okayed for that age group. Among roughly 9,240 reported side effects, 91% were minor, such as soreness near the vaccination site.

But 9% were serious, with 4% developing a heart problem known as myocarditis, the U.S. Centers for Disease Control and Prevention reported Friday.

Myocarditis was among the most common severe adverse events reported, she said. This is an inflammation of the heart muscle that can affect the heart’s electrical system, reducing its pumping ability and causing rapid or abnormal rhythms.

Myocarditis is usually caused by a viral infection, such as COVID-19, but can also be a reaction to a drug. Signs and symptoms include chest pain, fatigue, shortness of breath and arrhythmias (abnormal heart rhythm).

While this association may sound alarming, CDC experts continue to stress the benefits of vaccination for all people aged 12 and older. The vaccine has not yet been approved for younger kids.

Getting vaccinated is better than getting COVID-19, Hause said.

“The benefits of vaccination in preventing COVID-19 and its complications continue to outweigh the potential risks of rare adverse events reported after vaccination,” she said.

“Vaccinating 12- to 17-year-olds remains the safer choice for this age group and will reduce school interruptions and transmission to others,” said Mendel Singer, vice chair for education at Case Western Reserve University School of Medicine in Cleveland and co-author of the medRxiv study.

Dr. Paul Offit, director of the Vaccine Education Center at the Children’s Hospital of Philadelphia, agreed that side effects from the vaccine are preferable to the devastating effects of COVID-19.

“You need to put it in perspective. First of all, it appears roughly only one in 20,000 recipients who are in the highest risk group will develop myocarditis after two shots,” he said.

“Myocarditis never sounds good. You can say mild myocarditis all you want, but it’s also going to scare people, because the inflammation of the heart muscle is always going to be seen as worrisome. But it does appear to be self-limiting, short-lived, not fatal and not associated with coronary artery abnormalities,” Offit said.

A recent study among 1,600 college athletes who had COVID-19 found that roughly one in 43 had myocarditis, he said. “So you have basically one in 20,000 phenomena at its peak for the vaccine and a one in 43 phenomena with the disease.”

If symptoms of myocarditis develop, parents should take their child to the doctor, and they may be referred to the hospital for observation, Offit said.

To parents who are concerned about having their child vaccinated, Offit said, “Just know that the disease is common, that this (Delta) variant especially is highly contagious.”

He added that some believe that over the next few years, you’ll have two choices — to be vaccinated or to be naturally infected. “Vaccination is the safer choice, because natural infection also causes myocarditis at a much higher rate,” he said.

The disease is worse than the vaccine, Offit stressed. “That’s always true,” he said.

The report was published July 30 in the CDC’s Morbidity and Mortality Weekly Report.

For more on COVID-19 vaccine side effects, head to the U.S. Centers for Disease Control and Prevention.