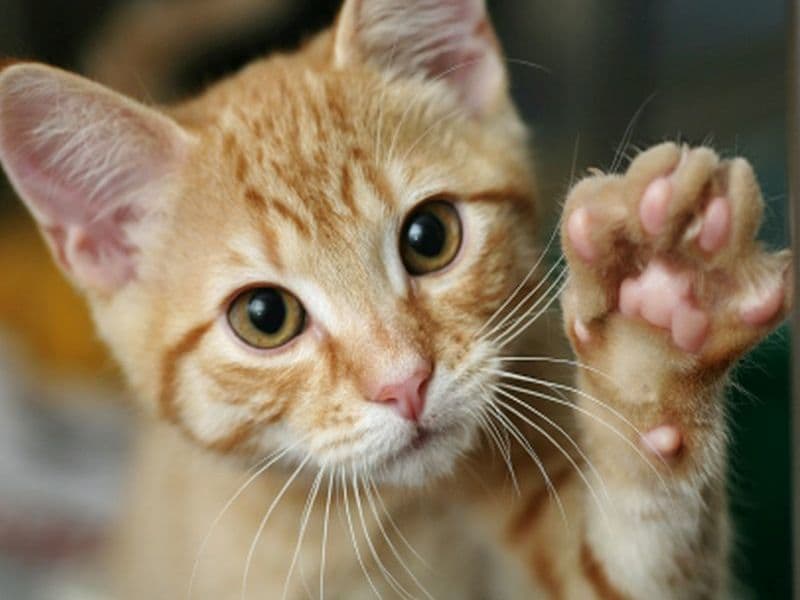 Maybe your cat is scratching up that sofa for a good reason: New research suggests that chemicals found in upholstery and carpeting may harm feline thyroids.

The chemicals are called per- and polyfluoroalkyl substances (PFAS). They were in common use until about 2000 in furniture, floor coverings and clothing because of their ability to repel water and oil.

Prior studies have suggested that high exposure to PFAS may negatively affect thyroid function in humans, and this new study finds that might also be true for people’s four-legged companions.

“Our lab has been investigating PFAS for years,” said lead researcher Dr. Miaomiao Wang, of the California Environmental Protect Agency. “Cats can be good sentinels to examine body burdens of emerging pollutants, including PFAS,” Wang explained.

Leached out from objects in the home, PFAS can be ingested via the “diet, food-contact materials, drinking water, dust [and] air,” Wang’s group noted.

“Cats and humans, particularly toddlers, share certain similarities in their exposure to residential environments, including house dust,” the researchers said, although of course they differ in many other ways.

At the same time, the researchers said, hyperthyroidism — hormonal overactivity due to an enlarged gland — “is a very common endocrine disorder” in cats, especially cats 10 years of age or older.

Could there be a connection between feline hyperthyroidism and PFAS in the home?

Reporting earlier this month in the journal Environmental Toxicology and Chemistry, the research team found that as feline blood levels of PFAS rose, so did the odds that a cat would have an overactive thyroid. Blood levels of one subcategory of PFAS, perfluorooctanoic acid (PFOA), “were significantly higher in hyperthyroid cats,” the researchers noted.

There was some good news: Overall, blood levels of PFAS declined somewhat between the two sample periods. That’s in keeping with recent declines in blood levels among humans, the researchers said, as more companies phase out use of these chemicals.

Wang’s group also stressed that the study sample size was small, and that this type of research can’t prove cause and effect and can only point to associations.

“The current study is only preliminary,” Wang said in a journal news release, “and larger-scale studies might be helpful to confirm our findings.”

Two experts believe there could be a link, however.

“It is imperative to better understand how these persistent chemicals might affect everyone in a household, including pets,” said Dr. Jacqueline Moline. She’s vice president of occupational medicine, epidemiology and prevention at Northwell Health in Manhasset, N.Y.

“As chemical exposures are ubiquitous, and might have long-lasting, untoward effects on human health and animal health, we need to conduct additional studies to better understand connections between thyroid disease and PFAS,” Moline said.

Dr. Greg Nelson directs surgery at Central Veterinary Associates in Valley Stream, N.Y. He stressed that — just as in humans — cats can be seriously affected by an off-kilter thyroid.

“In cats, this can result in kidney disease and failure, heart disease, high blood pressure and an increased risk of thromboembolism [blood clots in internal organs],” Nelson explained. “It’s especially important to investigate these substances as they are in many consumer products.”

Learn about the signs of hyperthyroidism in cats at Washington State University.