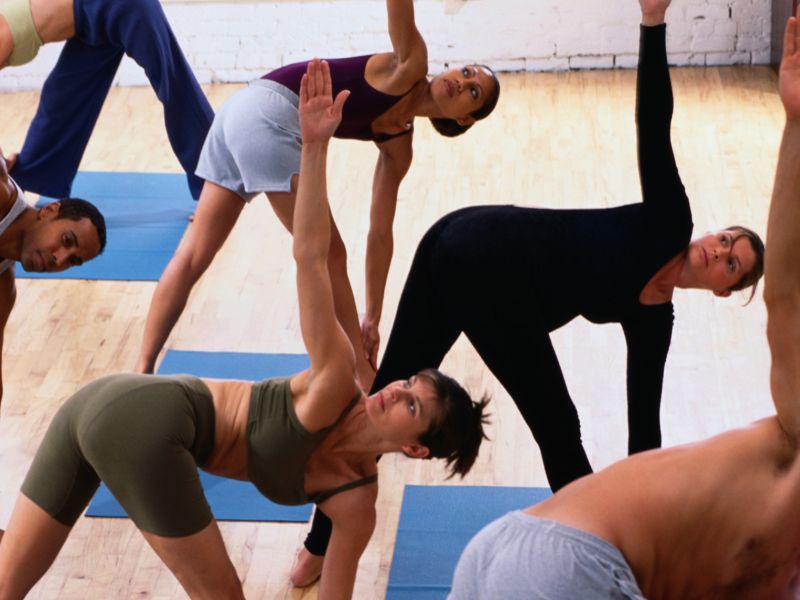 Many people try yoga hoping to heal an injury, but some wind up with more aches and pains, a new study finds.

The study, which surveyed hundreds of people doing yoga for more than a year, found that two-thirds said that some existing aches improved because of yoga — most often, lower back and neck pain.

On the other hand, 21 percent said yoga worsened their muscle or joint pain. And almost 11 percent said it caused new issues — most commonly, pain in the hand, wrist, elbow or shoulder.

The study didn’t delve into specific injuries, but instead asked people about general aches in different body areas.

So it’s hard to know how serious the problems were, said Tom Swain, a researcher with the Center for Injury Sciences at the University of Alabama at Birmingham.

“You don’t have to sustain a serious injury to have pain. It could just be sore muscles,” said Swain, who wasn’t involved in the study.

In a study published last year, Swain and his colleagues looked at serious yoga-related injuries. They found that between 2001 and 2014, almost 30,000 Americans landed in the emergency room for injuries attributed to yoga — including sprained joints, serious muscle strains and even fractures.

And the rate climbed over the years, the study found.

Still, given how popular yoga is, the risk of ending up in the ER is quite low, the researchers said. By 2014, the rate of ER-treated injuries stood at 17 for every 100,000 yoga practitioners.

“So even though there is some risk of injury,” Swain said, “that shouldn’t deter people from participating in yoga, because there are many potential benefits.”

Plus, based on other research, yoga may not be any riskier than other forms of exercise, according to the researchers behind the current study.

The study’s investigators, led by Marc Campo of Mercy College in Dobbs Ferry, N.Y., reported their findings in the Journal of Bodywork & Movement Therapies.

For the study, the researchers surveyed 354 people, mostly women, who practiced at two yoga studios. Classes there ranged from gentle, “restorative” yoga to fast-paced Vinyasa-style.

Each study participant was surveyed twice, one year apart.

Nearly all (87 percent) said they’d had pain in at least one body area during that year. About two-thirds said their pain had improved because of yoga, while one-fifth believed yoga had worsened some of their aches — often in the wrist or hand.

Meanwhile, almost 11 percent said they’d developed a new injury they attributed to yoga. For about 5 percent, the pain actually cropped up during class.

Again, the upper extremities were often the problem area.

That, the researchers speculate, might be because yoga can include a lot of weight-bearing in the hands — in poses such as downward-facing dog.

Dr. Joshua Harris is an orthopedic surgeon at Houston Methodist Hospital in Texas. He focuses on hip issues, and said he’s seen the consequences of pushing too hard in a yoga class.

A concern with yoga, according to Harris, is that some of the poses involve extreme range of motion in the joints. And what’s reasonable for one person is not necessarily right for another.

“Range of motion is very different from one person to the next. It’s so individual,” Harris said. “If you keep pushing your range of motion beyond what it should be, you’ll probably end up getting hurt.”

Like Swain, Harris said yoga can have many benefits, and the point is not to scare people away from it.

His advice to yoga novices is to find an experienced, knowledgeable teacher — by word of mouth, or reviews, for example.

Take it slow to begin, he advised, and ask the teacher for modifications of poses that don’t feel right.

“Listen to your body,” Harris said. “The ‘no pain, no gain’ mantra is just not right.”

The U.S. National Center for Complementary and Integrative Health has more on yoga.