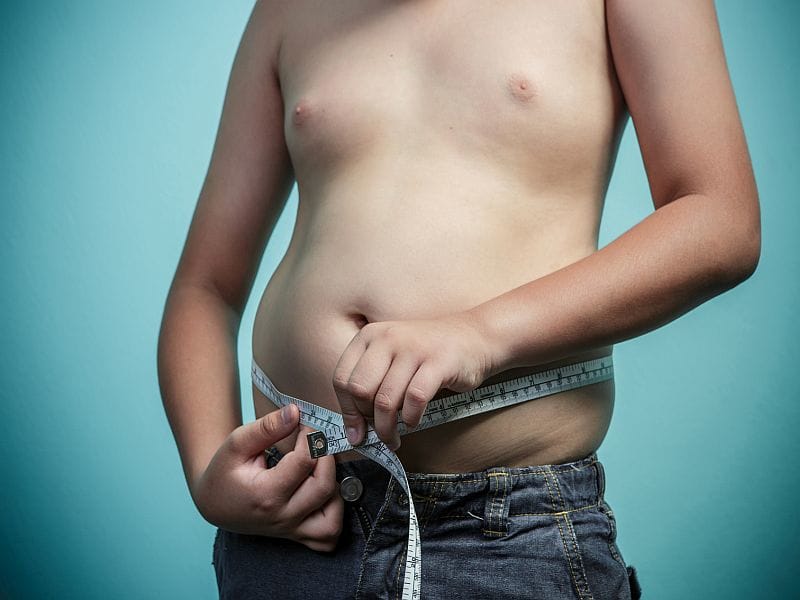 Childhood obesity has been linked to a higher risk of type 2 diabetes and early heart disease, but new research now ties it to a sometimes crippling hip condition.

It’s called slipped capital femoral epiphysis (SCFE), and it causes the hip to become deformed, occasionally so much so that the hip collapses. SCFE causes pain and may result in lifelong disability, British researchers said.

“Children with severe obesity at 5 years old had almost 20 times the risk of developing the severe hip deformity than a thin child,” said study author Dr. Daniel Perry, a senior clinical lecturer in orthopedic surgery at the University of Liverpool.

The heavier a child was, the greater the risk of the hip condition, Perry said.

SCFE happens when the epiphysis — the head of the thighbone — slips from the bone at the growth plate, according to the American Academy of Orthopaedic Surgeons. Growth plates are weaker areas of bone that aren’t fully developed yet.

So how does excess weight cause this problem?

Dr. Matthew Hepinstall, associate director of the Center for Joint Preservation and Reconstruction at Lenox Hill Hospital in New York City, said SCFE is most common in preteens and young teens.

“It seems to happen most often during growth spurts, when growth plates are wider, and therefore weaker. If not diagnosed early and stabilized with surgery, the parts of the thighbone on either side of the growth plate shift,” he explained.

Hepinstall added that while this injury may heal, the bone develops with an abnormal shape that may cause hip problems into adulthood.

He said the problem is more common in heavier children because “weight places more stress on the growth plate.”

Perry said the condition should always be treated surgically to stabilize the hip. If the problem is diagnosed early, surgery is minor.

If it isn’t diagnosed until the hip is severely displaced, “then the child may have to undergo high-risk surgery to reconstruct the hip. Despite [our] best efforts, the hip bone often dies as the blood supply that feeds the hip gets injured, either by the disease or by the reconstructive surgery,” he said.

When the hipbone dies, a hip replacement may be the only alternative. “This is a huge undertaking in a youngster, with many repeat surgeries expected to be necessary throughout their life,” Perry explained.

In the study, the researchers looked at health information on nearly 600,000 Scottish children from two different studies. One study included 5-and 6-year-old children born from 1970 onward. The other study began in 1995.

All of the children had height and weight measurements taken when they started elementary school and then again when they were 11 to 12 years old.

Seventy-five percent of the youngsters who were obese at 5 or 6 were still obese when they were 11 or 12, the study found.

“We are very apprehensive that there will be an explosion in this hip disease if childhood obesity continues to rise,” Perry said.

But given the rise in childhood obesity, Perry also noted that physicians who care for children need to be aware of this condition.

“Hip pain — and knee pain, as the hip and the knee share sensory [feeling] nerves — in adolescents, and especially obese adolescents, may mean the child has a SCFE,” Perry said. Children with hip pain need to be examined on an urgent basis, as well as have X-rays to identify the deformity.

The findings were published online Oct. 22 in the journal Pediatrics.