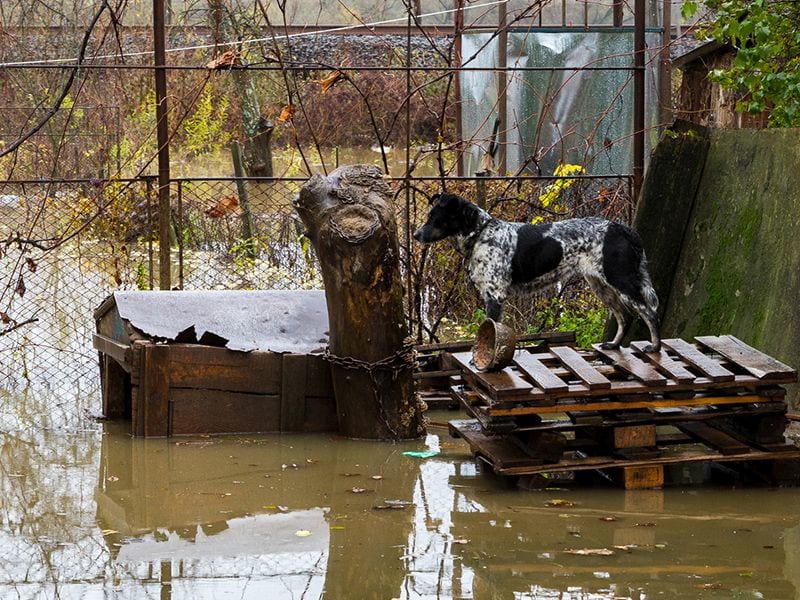 As Florence unleashes her full fury on the Carolinas, residents who stayed put need to know that flooding will be even more dangerous than the high winds of this hurricane.

Making landfall near Wrightsville Beach, N.C., around 7 a.m. Friday, the category 1 hurricane was pounding the historic town of New Bern, which sits just to the north of the city of Wilmington. Already, more than 100 emergency calls for water rescue have been placed, with people trapped in their homes and cars, according to CNN.

Florence’s winds have weakened slightly, dropping to between 90 and 100 miles per hour, but weather experts stress that the slow-moving storm will likely dump catastrophic amounts of rain on coastal and inland areas in the coming days.

“The storm surge is the most dangerous time after the hurricane, especially if you live near the ocean, lakes or streams, since they can rapidly overflow and lead to drowning,” Glatter added.

Staying off the roads is critical to avoid being swept away in fast-moving flood waters, as it’s possible for your car engine to stall out, he explained.

“Never drive into a standing pool of water on a road after a hurricane, as the water may rise rapidly, and trap you in your vehicle,” he added.

Even after the waters recede, they can harbor bacteria and viruses, not to mention dangerous chemicals, Glatter said. Water-borne diseases — including cholera, typhoid fever, hepatitis A and leptospirosis — can spread rapidly in untreated water.

That means you can be infected after washing, drinking or bathing in contaminated water, or by eating infected food. It’s essential to boil all water for bathing, brushing your teeth or drinking after a flood, Glatter said. Bottled water remains the safest water source in this setting.

Cholera is highly contagious and causes severe diarrhea, which can lead to profound dehydration and be deadly if intravenous hydration isn’t given quickly, he noted.

“The spread of cholera is one of the most significant dangers following any natural disaster, but especially after flooding from a hurricane,” Glatter said. Such outbreaks are typically due to contamination of the water supply.

Hepatitis A is a liver disease that is spread mainly through contaminated food, though it can be prevented by vaccination, he said.

Keep in mind that once the storm waters have gone, there will likely be no power and few supplies, so stocking up beforehand is essential, Glatter noted.

If you take prescription medications, have an extra week’s supply on hand.

Diabetic patients should keep extra insulin on hand, as well as a ready supply of snacks in case their blood sugar levels drop too low.

Patients who use a CPAP machine for sleep apnea or COPD may need an alternative power source during the storm, Glatter said. This includes a CPAP battery pack in the event of an electrical outage.

People should have at least one gallon of bottled water per day for every person, for up to seven days. And folks should pack enough non-perishable foods for up to a week.

Basically, be prepared to be self-sufficient for one to five days, Glatter stressed, but stay calm.

Visit the U.S. Centers for Disease Control and Prevention for more on hurricane preparedness.