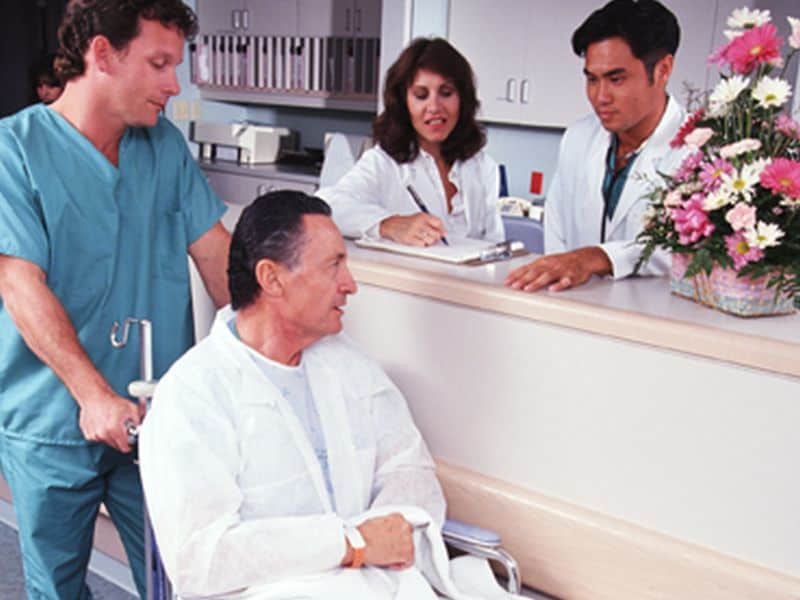 THURSDAY, Sept. 13, 2018One in seven older veterans are sent home from the hospital with doses of blood pressure medications so high they can leave them feeling dizzy and at risk for falls, a new study finds.

Prescribing higher doses of these drugs occurs even though half of the patients had their blood pressure controlled with lower doses before they went to the hospital, the researchers said.

“Our results show evidence that doctors are treating inpatient blood pressures aggressively, despite there being no evidence to suggest this is beneficial,” said lead author Dr. Timothy Anderson. He is a primary care research fellow at the University of California, San Francisco.

“Because hospitalized older adults are particularly vulnerable to medication harms, this may be quite risky,” he added.

For the study, the researchers reviewed records of nearly 15,000 patients with high blood pressure, aged 65 and older, admitted to a Veterans Affairs hospital between 2011 and 2013 for pneumonia, urinary tract infection or venous thromboembolism (a blood clot). These three conditions usually do not require strict blood pressure control, the study authors said.

Before being admitted to the hospital, 65 percent of the patients had their blood pressure well-controlled.

The researchers found that 14 percent of the patients were discharged with intensified blood pressure therapy, either with higher doses or several medications, even though more than half of this group had well-controlled blood pressure before hospitalization.

Overall, 9 percent of the patients were started on one blood pressure drug, 2 percent on several new blood pressure medications, and 4 percent were discharged on an increased dose of at least one drug, the findings showed.

The strongest predictor of higher drug doses was elevated blood pressure in the hospital. No differences were seen in the rates of increased blood pressure medications in patients less likely to benefit from strict blood pressure control, such as those with limited life expectancy, dementia or metastatic cancer.

The rates of increased medication doses were also the same in those likely to benefit, such as patients with a history of stroke, heart attack or kidney disease, according to the report.

The researchers suggested that hospital doctors should review patients’ prior blood pressure and medication records, and communicate elevated inpatient blood pressure readings to the patient’s primary care doctor after discharge, instead of prescribing more drugs.

Previous studies of hospital records have shown that more than half of all adults are sent home with changes to four or more of their medications, the study authors pointed out.

“While the VA patient population is unique, this research is more about physician prescribing patterns, which are likely to be similar between VA physicians and physicians at other hospitals, as the VA is a major training site for most U.S. medical schools and many residency programs,” Anderson said.

“The practices trainees learn at the VA may influence care down the road, regardless of where they end up practicing medicine,” he concluded.

The report was published online Sept. 12 in the BMJ.