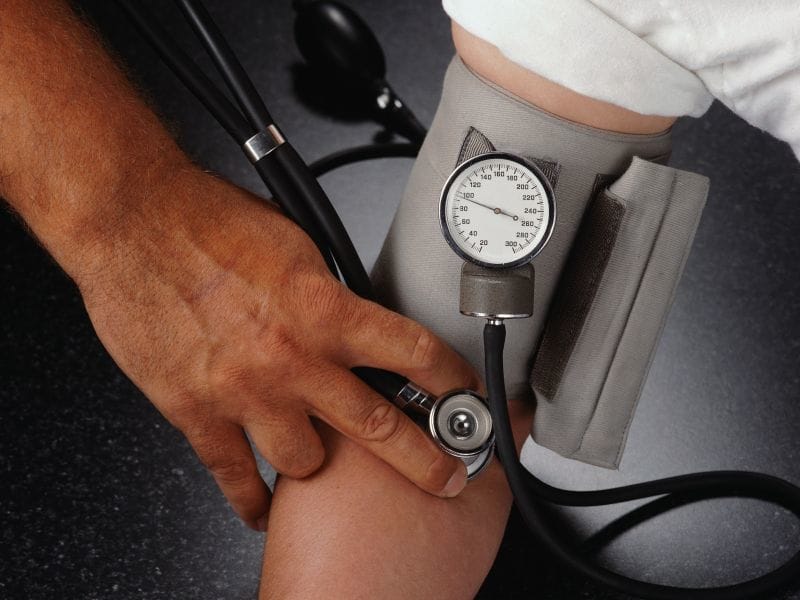 In vitro fertilization gives couples struggling to conceive the chance to have children, but a new study suggests these kids are at increased risk for high blood pressure.

The study, of 54 teens conceived through assisted reproduction, found that eight — or 15 percent — had high blood pressure. That compared with just one case among 43 teenagers who were conceived naturally.

The scientists said the results build on evidence that assisted-reproduction procedures can affect the development of the blood vessels.

An earlier study of the same kids found that those conceived through the procedures were more likely to show signs of “premature aging” in the blood vessels: Their arteries tended to be stiffer and less elastic in response to blood flow, the researchers said.

The latest findings suggest that that can translate into early cases of high blood pressure, experts said.

“I think this is a really important study,” said Dr. Ki Park, an interventional cardiologist at University of Florida Health, who was not involved in the research.

“There certainly is a signal of some long-term vascular changes in these children. And they show up early,” Park added.

That said, no one is trying to be “alarmist,” stressed Dr. Larry Weinrauch, of Harvard Medical School.

Weinrauch wrote an editorial published online Sept. 3 with the study in the Journal of the American College of Cardiology.

“This is saying that if your child was conceived through ART [assisted reproductive technology], you want to be aware of this higher risk,” he said.

Weinrauch suggested parents talk to their pediatrician about getting regular blood pressure checks.

Park agreed, and said the advice goes beyond childhood. A yearly blood pressure check would be wise for young adults who were conceived through assisted reproduction, she said.

ART refers to fertility treatments where both the egg and sperm are handled. The most common procedures include in vitro fertilization (IVF) and intracytoplasmic sperm injection (ICSI).

In the United States, about 1.7 percent of babies born each year are conceived through ART, according to government figures.

“This is a wonderful technology that has produced more than 6 million kids at this point,” Weinrauch said.

But, he added, it’s important for researchers to keep digging into any increased health risks to those kids as they grow older.

Why would ART be linked to blood vessel dysfunction? Park and Weinrauch both said the evidence suggests it’s something about the procedures themselves — rather than the health of the parents, for example.

In the latest study, mothers were relatively young and generally healthy. And none of the kids had birth complications — like preterm delivery or low birth weight — that might affect their later health.

“It seems the ART procedures really are the main culprit,” Park said, though the study did not prove that ART caused high blood pressure risk to rise.

Lead researcher Dr. Emrush Rexhaj did note that the siblings of kids in the study all had normal blood vessel function.

Beyond that, animal research has shown that ART techniques may affect blood vessel development, according to Rexhaj, of the University of Bern, in Switzerland.

Overall, teens in the ART group had blood pressure numbers that were a few points higher, on average. And just over 15 percent had readings high enough for a diagnosis of high blood pressure.

In the United States, an estimated 3.5 percent of teenagers have high blood pressure, according to Weinrauch. So that 15 percent figure is striking, he added.

He also said it’s possible the study underestimates the problem: These teens were born to healthy moms. Kids whose mothers are obese or have high blood pressure, for example, may well face an even greater risk of the condition.

It’s not clear whether people conceived via ART ultimately have higher-than-average risks of heart disease or stroke. The procedures were first done in 1978, Weinrauch noted — so most people conceived that way are still too young to measure that risk.

One thing that is clear, Rexhaj said, is that those young people — like everyone — should maintain a healthy lifestyle.

The American Academy of Pediatrics has more on high blood pressure in kids.