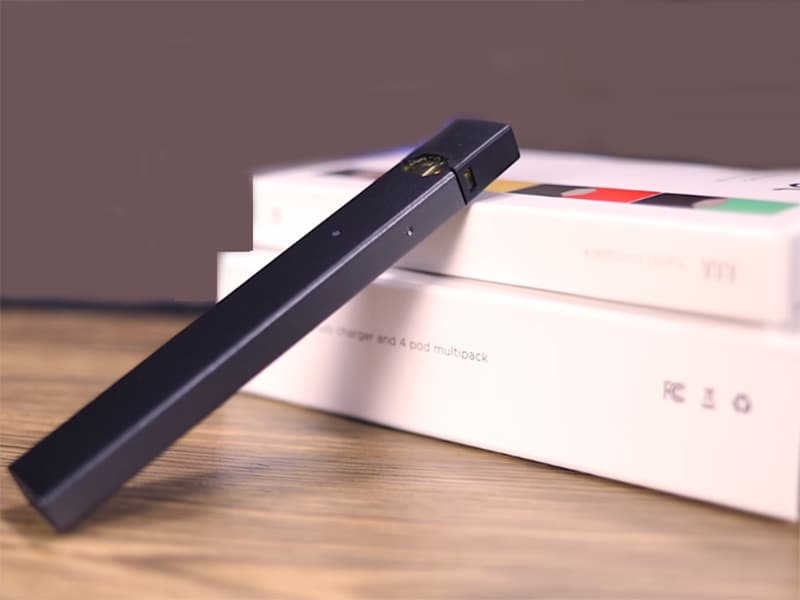 Though the maker of Juul e-cigarettes has claimed its product is aimed at adult smokers trying to quit, almost a quarter of the company’s Twitter followers are under 18, a new study finds.

And many of these young fans are retweeting the company’s messages, investigators added.

The findings are cause for worry, the University of Pittsburgh School of Medicine researchers said.

“Juul representatives have said the company is not trying to target adolescents with their advertising or sales, but our research clearly indicates that a sizable proportion of their Twitter audience is exactly this population,” said study author Kar-Hai Chu. He’s an assistant professor of medicine at Pitt’s Center for Research on Media, Technology and Health.

“This is highly concerning because adolescents exposed to e-cigarette marketing are more likely to use e-cigarettes and, in turn, young adults who use e-cigarettes are four times as likely as their non-vaping peers to transition to smoking traditional tobacco cigarettes,” Chu explained in a university news release.

But Ted Kwong, a Juul spokesman, said the company works hard to aim its messages at adults.

“We have taken numerous actions to prevent and combat underage use, including focusing our website and social media exclusively on the adult smoker community and removing all product-related content from our social media accounts,” he said.

“Since 99.7 percent of JuuL mentions on Twitter are generated by other users, we have also aggressively worked with social media platforms to remove posts and accounts that portray our product in unauthorized and youth-oriented manners,” Kwong added.

It’s believed that teens are more susceptible to nicotine addiction than adults. Nine out of every 10 cigarette smokers started before age 18, according to the U.S. Centers for Disease Control and Prevention.

Juul e-cigarettes resemble a flash drive and can be plugged into a computer to recharge. Juul vapor contains about double the concentration of nicotine found in other e-cigarettes and comes in flavors appealing to youngsters, such as mango and fruit medley, the researchers said.

The users’ profiles were examined to determine if they were younger than 18. If the user didn’t reveal an age, certain clues were used to find out if that person was a minor, such as a mention of their grade in school or an age-specific event.

If there was any doubt, the user was classified as an adult.

Along with concluding that at least 25 percent of Juul’s Twitter followers are minors, the researchers also found that some of the Juul tweets were retweeted in a chain that extended through four Twitter users.

“When this happens, the people seeing the retweet are getting it from a person, not a brand. It adds a level of normalization and buffers the viewers from the impersonal element of advertising, particularly if the person who retweeted it is a trusted friend or someone they aspire to be like,” Chu said.

The same type of analyses used in this study could be used by public health agencies to identify teen Twitter networks promoting e-cigarette use and target them with counter-messaging, Chu suggested.

But Kwong reiterated that Juul products are only for use by adults.

“”We cannot be more emphatic on this point: no minor or nonsmoker/vaper should ever use Juul products,” he said. “Underage use is directly opposed to our mission of eliminating combustible cigarettes by offering the world’s one billion existing adult smokers a true alternative.”

The study was published Oct. 19 in the Journal of Adolescent Health.

The U.S. National Institute on Drug Abuse has more about e-cigarettes.