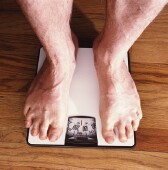 When it comes to slimming down, a diet low in fat seems to beat a diet low in carbohydrates for body fat loss, new research suggests.

The finding stems from a small U.S. National Institutes of Health (NIH) investigation that tracked each approach to weight loss among 19 obese adults.

“These results counter the claims of the popular theory that has been influencing many people to adopt low-carb diets,” said study lead author Kevin Hall, a senior investigator with the U.S. National Institute of Diabetes and Digestive and Kidney Diseases in Bethesda, Md.

That theory focuses on the notion that carb-cutting triggers a decrease in insulin levels, while cutting fat does not. The hormonal plunge should, in turn, boost fat-burning and increase fat loss, he explained.

“[But] while all of these things happened during the reduced carbohydrate diet,” Hall added, “the reduced fat diet also led to loss of body fat and at a greater rate than the reduced carb diet, despite being equal in calories and having no observable effect on insulin production.”

The study was published Aug. 13 in Cell Metabolism.

The 10 men and nine women who participated in the study had an average body mass index (BMI) of nearly 36. BMI is a rough estimate of a person’s body fat based on their height and weight. A BMI of 30 or more indicates obesity, according to the U.S. Centers for Disease Control and Prevention.

While residing in the NIH Clinical Center’s “metabolic unit,” the study volunteers participated in a two-week low-fat diet, followed by a two-week low-carb diet.

The first five days of each diet consisted of a “baseline” menu made up of 50 percent carbs, 35 percent fat, and 15 percent protein. Next, either carbohydrate intake or fat intake was cut by 30 percent for the remaining six days of each session. Both restriction menus were composed of 30 percent fewer calories than the baseline menus, the study said.

The researchers found that the low-carbohydrate diet led to a loss of 53 grams of body fat daily. The low-fat diet prompted a body fat loss of 89 grams daily. During the short-term study, people on the low-carb arm lost slightly more weight than those on the low-fat diet — about 4 pounds versus 3 pounds. This could be due to differences in the amount of water lost, researchers said. They also said the loss of fat was a more important measure of success in the treatment of obesity.

The researchers also said that the small leg up in weight loss afforded by cutting carbs appeared to dissipate over time, with total caloric restriction being more important to weight loss than the type of calories consumed.

“[And] in the real world, people couldn’t possibly control or monitor their food intake as carefully as was done in our study,” Hall noted. “Therefore, it is likely more important to choose a diet that leads to a reduction in calorie intake that can be sustained for long periods of time.

“In other words,” he said, “our study suggests that [total] calories are the primary driver of fat loss.”

Lona Sandon, a registered dietician and an assistant professor of clinical nutrition at the University of Texas Southwestern Medical Center at Dallas, agreed.

“Reducing calories, no matter the source, [whether] carbs or fats, is most important for weight loss overall,” she said. “If you decrease fat to create a calorie deficit, the body will use stored carbs for energy until those stores are used. Then it will take from fat stores. If you reduce carbs for a calorie deficit, the body will use up the stored carb energy and then tap into fat sources.

“But that does not mean people should not pay attention to the type of calories they are getting,” Sandon added. “Quality calories from nutrient-rich foods are still the best.”

Susan Roberts, the author of an editorial accompanying the study, expressed the hope the current effort will “finally debunk the incorrect notion that all carbs are bad for weight control.” Roberts is professor of nutrition and psychiatry, and senior scientist and director of the Energy Metabolism Laboratory at the Jean Mayer USDA Human Nutrition Research Center on Aging at Tufts University in Boston.

“The whole question of whether low-carb diets are helpful for weight or not is a toxic swamp of commercial interests and bad science, and this new study is finally providing some sanity,” she said.

“Do you have to eat low-carb to lose weight, because if you eat carbs, that prevents fat release from fat cells?” Roberts asked rhetorically. “The answer is clearly no from this study. If you cut calories, even if that diet is high in carbs, you will lose fat.”