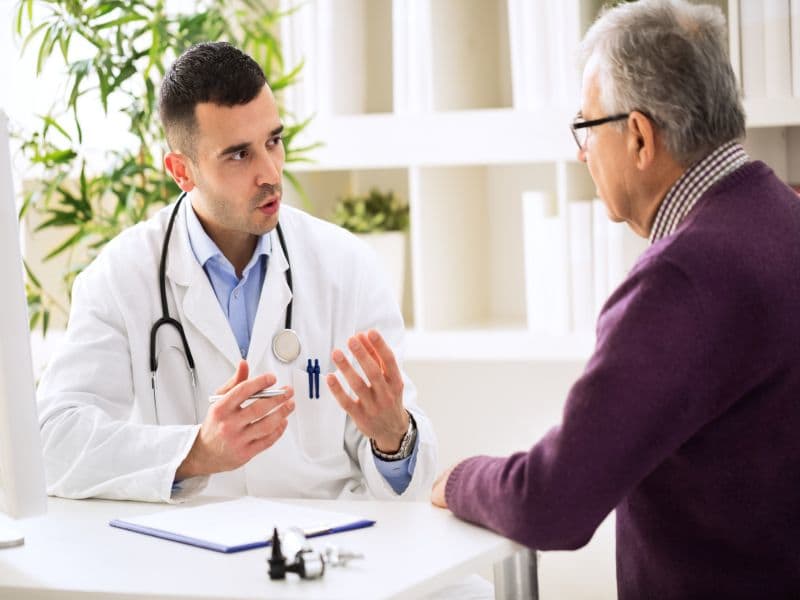 Have you ever left a doctor’s appointment with only a vague idea of what was said? You’re not alone: A new survey finds many Americans, and their doctors, are turning to recordings for help.

Researchers found that almost 30 percent of the doctors they surveyed had ever recorded a visit for a patient’s use. And about 19 percent of U.S. adults said they’d done so themselves — usually after asking the doctor’s permission.

Since smartphones are ubiquitous, it’s easier than ever to make such recordings, said study author Paul Barr, an assistant professor at the Dartmouth Institute for Health Policy and Clinical Practice.

But it hasn’t been clear how often patients are doing it — or whether many doctors are OK with it, said Barr.

Based on his team’s findings, most patients and doctors are at least interested in the idea.

“Clinicians are open to doing this,” Barr said. “I hope this helps raise awareness that this is an option for patients, if they’re interested.”

Research shows that people forget up to 80 percent of the information they hear during an average medical visit. But, Barr said, research also shows that recordings can help make up for fuzzy memories.

Dr. Colleen Silva specializes in treating breast cancer at the University of Texas Medical Branch, in Galveston. For nearly a decade, the center has offered cancer patients recorders to tape their visits if they wish.

A cancer diagnosis itself can be devastating, Silva pointed out. On top of that, patients may need to digest an avalanche of information on their treatment options.

“They can be so overwhelmed, they just shut down,” Silva said. That’s where recorded visits can make a big difference.

“Anecdotally, I can tell you that patients really appreciate having these. I’ve had many who say this helps them recall information,” Silva said.

Plus, she added, patients can share the recordings with family members who weren’t able to accompany them to the appointment.

Barr agreed that the ability to share information with family can be one of the big advantages of recording doctor visits.

The findings, published recently in the Journal of Medical Internet Research, are based on two surveys: One focused on 456 U.S. doctors in various specialties; the other included a nationally representative sample of 524 adults.

Just over 28 percent of doctors said they’d ever recorded a visit for a patient to use. It was most common among specialists who, like Silva, treat cancer: Almost half of oncologists said they’d recorded appointments.

The practice was also common among doctors who specialized in physical rehabilitation — with 42 percent saying they’d ever recorded visits.

As with cancer care, Barr said, that makes sense, because physical rehab may involve a lot of information to absorb. Studies have found, for example, that patients often prefer to have a video of their provider demonstrating exercises, versus getting written instructions only.

Of the respondents from the general public, almost one-fifth said they’d ever recorded a medical appointment. Most had done it with their doctor’s permission — but nearly 3 percent said they’d secretly recorded a visit.

Why they’d chosen the covert route is unclear.

But if some patients are worried about asking their doctor to record a visit, this survey offers some good news, according to Barr. While about 70 percent had never recorded an appointment, half of those doctors said they’d be willing.

“I think patients should absolutely feel they have the power to ask, if they want to,” Silva said.

A recording might not be needed if you’re visiting the doctor for an infection, Silva noted.

“But I could see this being useful any time a patient has a chronic medical condition that requires more complex, long-term management,” she said.

Some doctors in the survey did bring up one concern: The possibility that recorded discussions could end up being used against them in a lawsuit.

Silva said that in her center’s experience, that theoretical downside has not become a reality.

“So far, in nine-plus years, this has not come up as a problem,” she said.

The U.S. Agency for Healthcare Research and Quality has tips on talking to your doctor.