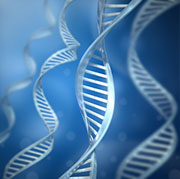 Scientists report they have identified new genes associated with height, heart disease risk and regulation of the protein in red blood cells that carries oxygen.

Scientists made the discoveries using advanced whole-genome sequencing technology. Their results were published online Sept. 14 in the journal Nature Genetics.

The SardiNIA study, which began in 2001, is a partnership between the U.S. National Institute on Aging, the Institute of Genetic and Biomedical Research of the Italian Research Council and the University of Michigan, Ann Arbor. The goal of the research is to pinpoint genes associated with diseases and other traits.

Originally, the study examined about 2.5 million common genetic variants. But advances in sequencing technology enabled the researchers to analyze more than 17 million gene variants and their association with various health issues.

The scientists found that two gene variants had a considerable influence on height among people from Sardinia, the island off the coast of Italy in the Mediterranean Sea. When combined, these variants could lead to a 2.3-inch reduction in height. The study authors noted that Sardinians are genetically more interrelated and therefore many of the genes associated with traits and disease risk in this population may be significant in larger, more diverse groups.

Two more new gene variants associated with blood lipid levels were also identified along with five new variants linked to indicators of inflammation in the blood. The researchers noted both lipid levels and inflammation affect the risk for heart disease.

Finally, the researchers also analyzed gene regulation of hemoglobin, a protein that carries oxygen in the blood. They found 23 associations at 10 different gene locations. The researchers pointed out that low hemoglobin levels can cause life-threatening diseases like sickle cell anemia.

The U.S. National Library of Medicine has more on genetics and health.