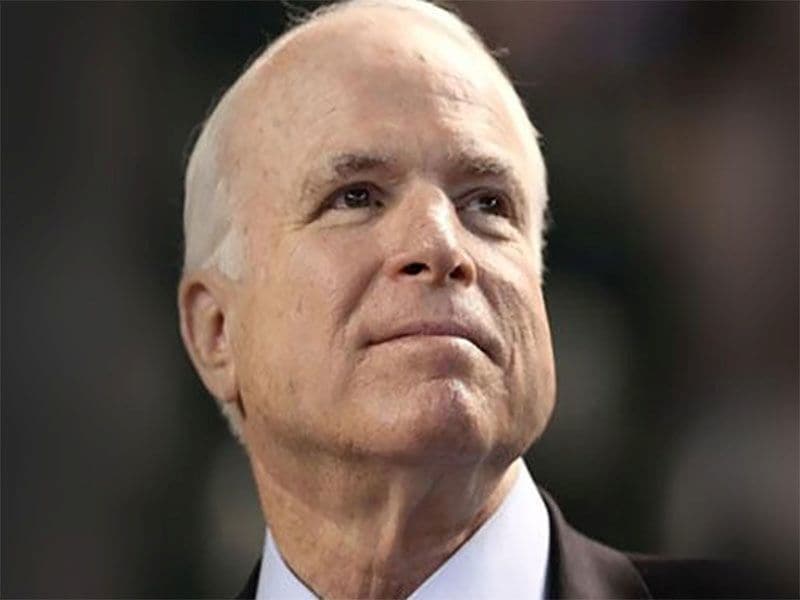 Senator John McCain’s long battle with brain cancer ended on Saturday afternoon when he passed away at his home in Arizona.

His family had announced Friday that McCain was no longer receiving treatment for his glioblastoma, one of the most aggressive of brain tumors.

The 81-year-old Republican Arizona senator and Vietnam War hero had been undergoing treatment for the glioblastoma since July 2017, The New York Times reported.

“Last summer, Senator John McCain shared with Americans the news our family already knew: He had been diagnosed with an aggressive glioblastoma, and the prognosis was serious,” his family said in a statement on Friday. “In the year since, John has surpassed expectations for his survival. But the progress of disease and the inexorable advance of age render their verdict. With his usual strength of will, he has now chosen to discontinue medical treatment.”

One brain cancer expert who’s not involved in McCain’s care outlined the senator’s likely condition in his last days.

“If there is any silver lining in this cloud, it is that patients who die from [glioblastoma] rarely have severe pain,” said Dr. Michael Schulder, who helps direct neurosurgery at North Shore University Hospital in Manhasset, N.Y. “They gradually become less alert and most often die from pneumonia or sometimes from the direct effect of increased pressure on the brain. Palliative care can alleviate any discomfort that patients do feel.”

McCain had been largely absent from Congress and Washington, D.C., since December, and sources told the Times that his family had gathered in Arizona, anticipating that death might be near.

His illness hadn’t stopped McCain from being a political force, however. Earlier this year, he criticized President Donald Trump after a summit meeting with Russian President Vladimir Putin, for example.

McCain is the son and grandson of four-star Navy admirals and as a pilot spent five years as a prisoner of war in Vietnam. Over the past few decades, he charted a swift rise in politics, both as an Arizona senator and as the 2008 Republican presidential nominee against Barack Obama.

According to the American Cancer Society (ACS), glioblastomas “are the fastest-growing” of a subcategory of brain tumor known as gliomas. “These tumors make up more than half of all gliomas and are the most common malignant brain tumors in adults.”

Each year, almost 24,000 Americans will be diagnosed with a brain or spinal cord tumor, and nearly 17,000 die from these tumors each year, the ACS said.

Schulder explained that “the course of glioblastoma progression is very different from patient to patient. Based on the tumor biology, some patients succumb to the disease within months, most live between one and two years, and some live for many years in good condition after diagnosis and treatment.”