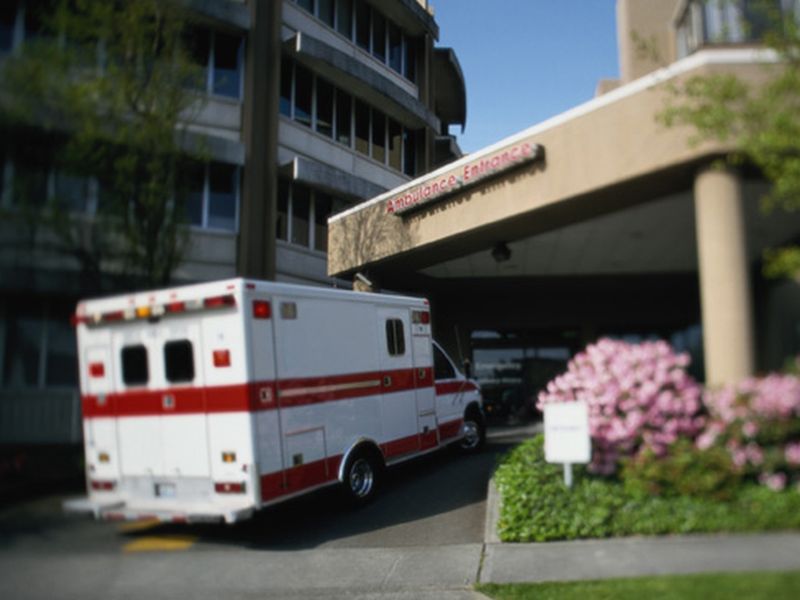 If you wind up in the emergency room with a minor injury, the likelihood you will be prescribed unnecessary opioids may depend on where the hospital is located, new research suggests.

The researchers focused on ankle sprains in the study because they’re common and because “there is good consensus that opioids should be rarely used to treat this, given other strategies are just as — or more — effective for controlling pain,” explained study author Dr. M. Kit Delgado. He’s an assistant professor of emergency medicine at the University of Pennsylvania’s Perelman School of Medicine in Philadelphia.

Of nearly 31,000 patients who were treated for an ankle sprain between 2011 and 2015, one-quarter were prescribed an opioid such as oxycodone (Oxycontin) or hydrocodone (Vicodin). And opioid prescribing did dip during the study period, from a national average of 28 percent in 2011 to 20 percent by 2015, the findings showed.

Delgado suggested that state variations in opioid laws, guidelines and monitoring likely play a role, as well as differences in the severity of local opioid crises.

“There may [also] be regional differences in how doctors practice,” he added, as well as “how doctors weighed the risks and benefits of prescribing an opioid.”

The findings were published online July 24 in the Annals of Emergency Medicine.

According to the U.S. National Institute on Drug Abuse (NIDA), more than 2 million Americans struggled with opioid misuse — and 33,000 died — in 2015.

NIDA experts also noted that between 21 percent and 29 percent of patients who are initially prescribed an opioid for legitimate medical concerns end up misusing them over time.

That’s all the more reason to avoid prescribing them for conditions that don’t warrant their use, Delgado said.

He noted, for example, that most patients with ankle sprains can be helped with rest, icing, elevation and ankle wrapping, in conjunction with pain relievers such as acetaminophen, ibuprofen or naproxen.

To assess treatment histories by region, investigators looked at patient insurance claims filed between 2011 and 2015. All of the patients had private coverage, and none had filled an opioid prescription in the six months before their ankle sprain.

Overall, just over 143,000 opioid tablets were prescribed for patients in the study sample during the study period.

Differences were stark among some states. For example, while less than 3 percent of North Dakota’s ankle sprain patients were prescribed an opioid, that figure hit 40 percent in Arkansas.

What’s more, some of the patients in the study were prescribed 30 or more opioid tablets, far exceeding the 10-tablet maximum guideline for emergency departments. Such cases were rare, said Delgado. But he noted that those patients were five times more likely to develop a prolonged abuse problem than patients prescribed within the guideline limits.

The good news, said Delgado, is that the findings could serve as a primer on how to rein in the opioid crisis.

“In the end, opioids remain an essential medicine to treat severe pain,” he said. “But we should do our best to try alternatives first before exposing people who have never been exposed to these drugs before.”

Furthermore, opioids should always be prescribed in limited amounts, Delgado added, and “with a plan to reassess how the patient is doing in a few days to determine whether the patient needs more opioids, rather than giving a large number of pills to everyone.”

There’s more on the opioid abuse epidemic at the U.S. National Institute on Drug Abuse.