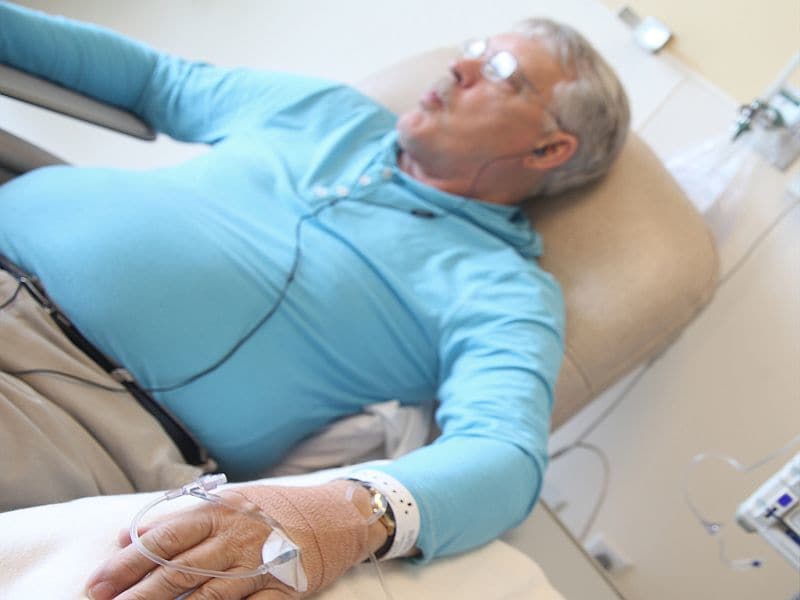 Type 2 diabetes is associated with an increased risk of developing cancer and dying from certain forms of the disease, a new study suggests.

However, the researchers noted, the absolute increased risk is low.

“Our findings do not suggest that everyone who has diabetes will go on to develop cancer in later life,” said study leader Hulda Hrund Bjornsdottir, from the Swedish National Diabetes Register.

Her team analyzed data gathered between 1998 and 2014 from more than 450,000 people in Sweden with type 2 diabetes and more than 2 million people without diabetes who were followed for an average of seven years. The study focused on 12 types of cancer.

The research was to be presented Tuesday at the annual meeting of the European Association for the Study of Diabetes, in Berlin.

The findings don’t necessarily mean that diabetes somehow causes cancer, Bjornsdottir stressed. Instead, “diabetes and cancer share certain risk factors that might contribute to these associations, including obesity, smoking and diet,” she explained in a meeting news release.

“With the number of people with type 2 diabetes doubling over the past 30 years, our findings underscore the importance of improving diabetes care,” Bjornsdottir said.

Now, with diabetes tied to cancer risk, “the importance of a healthy lifestyle is clearer than ever,” she added.

More than 415 million people worldwide have diabetes — about one in 11 adults — and the number is expected to rise to 642 million by 2040, the study authors noted.

Research presented at medical meetings should be considered preliminary until published in a peer-reviewed journal.

The American Academy of Family Physicians has more on diabetes.