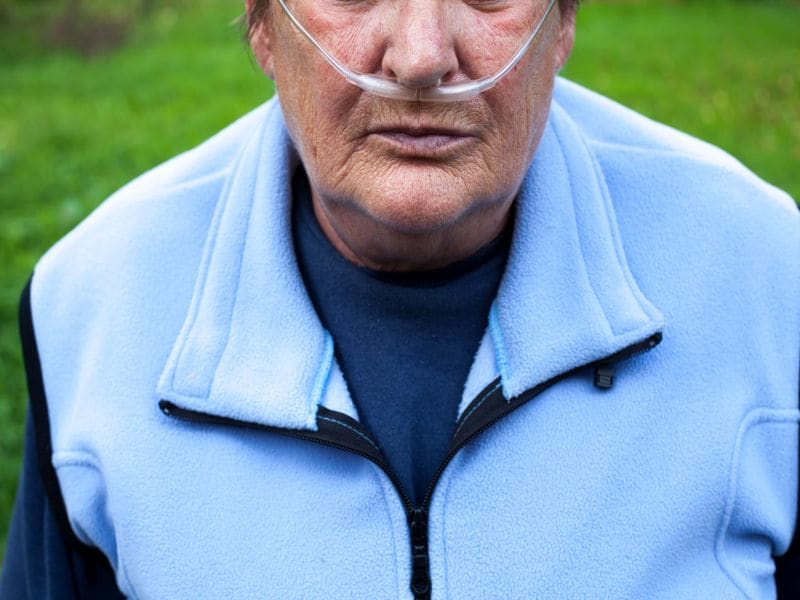 A feeling of breathlessness is the hallmark of the respiratory ailment known as COPD. Now, Canadian researchers say vaping marijuana failed to ease that symptom for most people in their study.

COPD (chronic obstructive pulmonary disease) is a progressive respiratory ailment, often tied to smoking, with characteristics of bronchitis and emphysema. The incurable disease remains the third biggest killer in the United States.

As marijuana becomes more available and accepted, people with COPD may believe it can help, noted study author Sara Abdallah. She’s a graduate student in exercise physiology at McGill University in Montreal.

“We first became aware of the therapeutic potential of cannabis in managing COPD symptoms from patients themselves,” Abdallah explained in a news release from the American Thoracic Society. “We decided to pursue this study because patients were reporting symptomatic relief of their COPD symptoms after cannabis use.”

But would those anecdotal reports match the results of a clinical trial?

To find out, Abdallah and her colleagues tracked outcomes for 16 people with advanced COPD who were already taking medications for their lung disease.

The patients inhaled either a single dose of vaporized cannabis or a placebo before exercising on a stationary bike. The study was “double blinded,” meaning neither the patients nor the researchers knew who was inhaling the cannabis or the placebo.

For most people in the trial, vaporized cannabis had no clinically significant effect — either negative or positive — on their symptoms of breathlessness during exercise or on their exercise performance, the Montreal team reported.

Only 4 of the 16 participants noted some improvement of breathlessness after using the vaped product, the researchers said, while the other 12 showed no effect or felt worse.

Despite the findings, this study was small and preliminary, so further “clinical trials are warranted and should evaluate the therapeutic potential of various doses of vaporized and oral cannabis, including oils and pills, administered over longer periods of time in patients with mild to moderate COPD,” study senior author Dennis Jensen said in the news release.

He’s associate professor of kinesiology and physical education and a scientist in the Translational Research in Respiratory Diseases Program at McGill.

In COPD, “the bronchial tubes become narrow and as can be imagined it is more difficult to push or pull air through an obstructed tube than it is through a much larger-diameter tube,” explained Dr. Theodore Maniatis, medical director at Staten Island University Hospital in New York City.

“This is almost like thinking about a new pipe versus an older rusty pipe with sludge buildup within the pipe,” he said.

Besides giving up smoking, certain medications can help keep breathing passages open. In COPD’s latter stages those include opioids, Maniatis said, “but as can be imagined the use of opiates has other significant associated side effects and concerns.”

So, people have turn to cannabis-linked medicines, since these agents “have been suspected of having effects at both the bronchial tube level and the neurological level,” he explained.

“In this most recent study however, it has been found that — at least in patients optimally treated with other forms of therapy — the addition of an inhaled cannabinoid did not decrease the sensation of breathlessness,” Maniatis said.

Dr. Ann Tilley is a pulmonologist at Lenox Hill Hospital in New York City. She applauded the new study, since it “aims to meet a real need in clinical practice.”

She said patients often inquire about alternative therapies, including medical marijuana, but there’s been little data on their effectiveness.

Unfortunately, “while this study can’t rule out the idea that a different dose or inhalation method could produce benefit, it doesn’t support the use of cannabis to relieve shortness of breath in severe COPD,” Tilley said.

The findings were published July 27 in the Annals of the American Thoracic Society.

The U.S. National Heart, Lung, and Blood Institute has more on COPD.