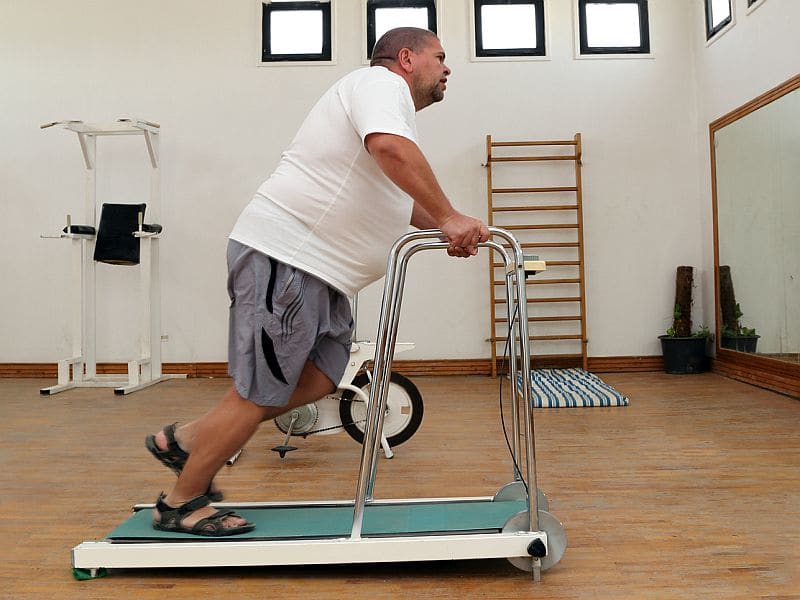 People who want to have weight-loss surgery are facing much longer wait times now than a decade ago, a new study finds.

Among weight-loss surgery patients in Michigan, the typical wait time almost doubled between 2006 and 2016 — from 86 days, to 159 days, researchers reported.

Delays were especially common for patients on Medicaid, the government health insurance program for low-income Americans. These patients were three times more likely than people with private insurance to be among those with the longest delays — typically waiting for over 200 days.

The study authors said that Medicaid’s pre-surgery requirements put up unnecessary obstacles. The program mandates, for example, that patients first go through a medically supervised weight-loss program for at least six months.

But there’s no evidence that that requirement improves patients’ long-term success after surgery, said senior researcher Dr. Oliver Varban, an assistant professor of surgery at the University of Michigan.

Private insurers vary in what they require, but some say patients have to document they’ve complied with a weight-loss program.

Insurers may also require extensive pre-operative evaluations — of patients’ heart, lung and kidney function, for example, according to Varban.

That all adds up to multiple doctor visits before the surgery can happen — which can be a particular burden for disadvantaged patients, Varban pointed out.

“We’re especially concerned this sets up more barriers for low-income, Medicaid patients,” he said. “They may be working three different jobs, or have transportation issues, for example.”

Weight-loss surgery is medically known as bariatric surgery. It’s done in different ways, but essentially involves altering the digestive tract to limit the amount of food a person can eat, and to change the way nutrients are absorbed.

According to the U.S. National Institutes of Health (NIH), weight-loss surgery can be an option for people with a body mass index (BMI) of 40 or higher — about 100 pounds or more overweight. BMI is a measurement based on height and weight.

People with less severe obesity (a BMI of at least 35) may be candidates if they have conditions such as type 2 diabetes or sleep apnea.

On average, surgery costs between $15,000 and $25,000, depending on the type of procedure, the NIH says. There are surgical risks, including bleeding and infection. In the longer term, there’s a risk of nutritional deficiencies — especially if people don’t take their prescribed vitamins and minerals.

But the benefits can be substantial, Varban noted: Surgery can improve or cure conditions like type 2 diabetes and high blood pressure.

“This is not about making people thin,” he said. “It’s about managing these medical conditions.”

The findings, published recently in the Annals of Surgery, come from a registry covering most people who had weight-loss surgery in Michigan between 2006 and 2016 — almost 61,000 patients.

Overall, Varban’s team found, the one-quarter of patients with the longest delays waited 204 days. The one-quarter with the shortest wait times typically had surgery within 67 days.

In the end, both groups saw similar success — losing an average of 57 to 59 pounds within a year, the findings showed.

The delay did not harm those patients, either. But the concern is that long delays, with insurance-mandated hurdles, will deter many patients from ever having surgery, said Dr. Ivania Rizo, a spokesperson for The Obesity Society.

“There’s a risk of them dropping out — particularly those patients from disadvantaged backgrounds,” she said.

Some patients do need more time to get certain health conditions under better control before surgery. But any delays should be based on medical needs, rather than insurance mandates, Rizo added.

Varban noted that the study included only patients in Michigan, and wait times may be different in other states.

But Rizo pointed out that insurance requirements do affect patients broadly.

Part of the issue, according to Varban, is the way in which weight-loss surgery — and obesity — are viewed, even by doctors.

“Surgery is seen as a last resort, even though it’s the most effective treatment for severe obesity,” he said. “And obesity, itself, is often seen as the patient’s ‘fault.’ “

The U.S. National Institute of Diabetes and Digestive and Kidney Diseases has more on bariatric surgery.