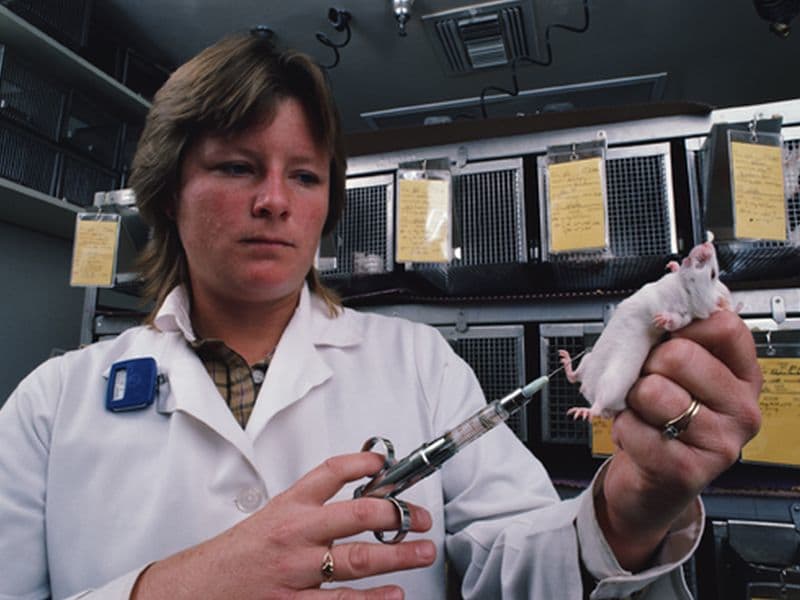 An experimental drug reversed hair loss, hair whitening and skin inflammation in mice that were first fed a diet high in fat and cholesterol.

Previous research has suggested a link between fatty diets and hair/skin issues in people.

The researchers emphasized that it’s not known if the drug is safe and that the results in mice do not mean the drug would work in people.

However, the findings may point to possible treatments for hair loss/graying and skin wounds in people, the team from Johns Hopkins University in Baltimore said.

“Further research is needed, but our findings show promise for someday using the drug we developed for skin diseases such as psoriasis, and wounds resulting from diabetes or plastic surgery,” said researcher Subroto Chatterjee, a professor of pediatrics and medicine.

The experimental drug, called D-PDMP, stops production of fats called glycosphingolipids (GSLs), which are major components of skin and other cell membranes. Previous research has shown that GSLs are common in the cells that comprise the uppermost layer of the skin, and also in cells involved in pigmentation of the eyes, skin and hair.

In this study, mice that were fed a diet high in fat and cholesterol developed hair whitening, hair loss and skin lesions. But those problems were reversed when the mice were given the experimental drug.

“Our findings show that a Western diet causes hair loss, hair whitening and skin inflammation in mice, and we believe a similar process occurs in men who lose hair and experience hair whitening when they eat a diet high in fat and cholesterol,” Chatterjee said in a Hopkins news release.

Further animal research is needed to determine how well and what amount of the drug might promote hair growth and heal wounds, the researchers noted.

Their study was published July 30 in the journal Scientific Reports.