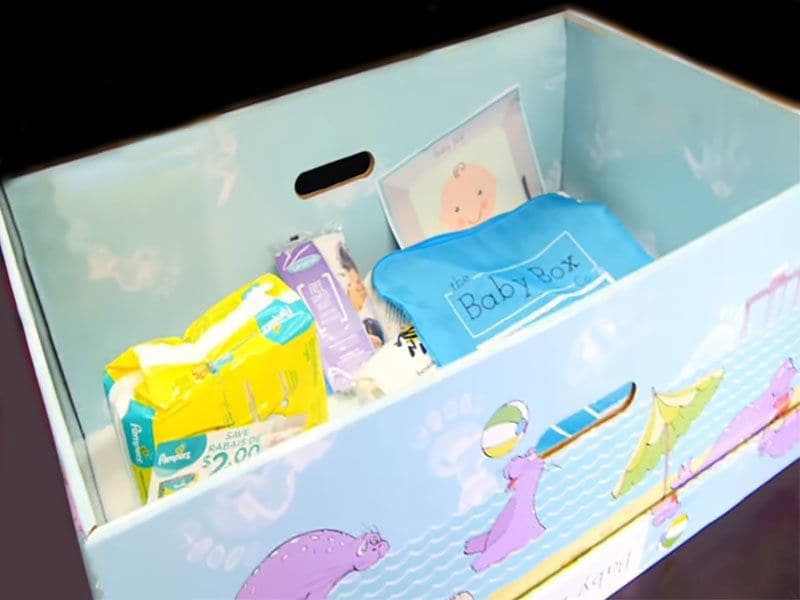 Cardboard baby boxes are gaining fans, but are they as safe as cribs and bassinets?

Without supporting evidence, “the cardboard baby box should not be promoted as a safe sleeping space, but as only a temporary substitute if nothing else is available,” said Peter Blair, a professor at the University of Bristol in England, and colleagues.

There’s no proof the baby boxes reduce the risk of sudden infant death syndrome (SIDS), as some believe. And they may pose a number of other risks, the researchers said.

The boxes originated in Finland. They come with a mattress that fits into the bottom of the box.

In a letter in the Oct. 17 BMJ, Blair’s team called for thorough studies “to better understand how families use the cardboard baby box and its safety implications.”

The letter’s authors also pointed out a number of possible risks.

Some of the boxes come with lids and are potentially flammable. If a box is placed on a floor, the infant is exposed to low-level drafts, pets and young siblings. If placed at a height, the box may fall. There’s also no data on the durability of the box, especially if it becomes wet or dirty, the study authors added.

They also noted that the boxes are too small to be used for most babies older than 3 months. In addition, they aren’t designed to be brought into the parents’ bed at night, so aren’t a better option for bed sharing than a crib, bassinet or Moses basket.

Cribs (with their bars and raised surface), bassinets and Moses baskets (with low sides) allow parents to easily see infants and may also enable better air flow, the authors said. By contrast, someone must stand directly over the cardboard box to see the baby.

“We support any initiative that raises awareness of SIDS, including appropriate SIDS risk reduction advice distributed with cardboard baby boxes,” Blair and his team wrote. “But this advice can be undermined if the messages given are incorrect or mixed with non-evidence-based messages about the intervention itself.”

The American Academy of Pediatrics also has concerns about the growing popularity of baby boxes.

There is no evidence they prevent infant deaths, and “the boxes are not required to meet safety rules like cribs, bassinets, play yards and infant carriers,” the AAP notes.

When being put to sleep, babies should be placed on their backs on a firm mattress. The crib should be free of soft objects such as stuffed animals and loose bedding. And babies should not sleep in beds with other family members, the AAP advises.

The U.S. National Institute of Child Health and Human Development has more on safe infant sleep.