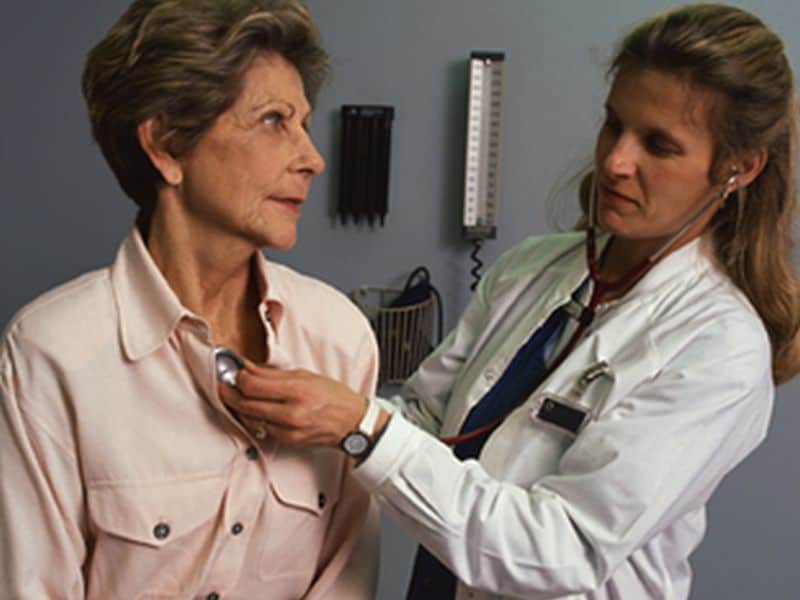 The widely used chemotherapy drug trastuzumab (Herceptin) can be life-saving for women with HER2-positive breast cancer, a particularly aggressive form of the disease.

But new research now adds to mounting evidence that the treatment can take a toll on the heart, increasing the risk for heart failure.

The complication is uncommon, and in many cases, the benefits of the chemotherapy still outweigh the risks. But the study authors stressed that regular heart monitoring of these high-risk patients, including younger women, should be a priority during treatment.

“This is an important finding, as to the best of our knowledge this is the first study to calculate the rates of cardiotoxicity in younger women using insurance claim data,” said the study’s lead author, Mariana Henry. She’s a graduate student at the Yale School of Public Health.

The study used diagnoses and insurance billing codes for nearly 16,500 women with non-metastatic invasive breast cancer who were a median age of 56 years old, and were treated with chemotherapy within six months of diagnosis. Of these patients, 4,325 of the participants received Herceptin, or trastuzumab-based chemotherapy.

And the risk of heart failure increased with age.

Taking other chemotherapy drugs, known as anthracyclines, could also increase the likelihood of heart problems, the investigators found.

The researchers concluded that breast cancer patients treated with Herceptin require regular heart monitoring. Heart disease is the second leading cause of death among breast cancer survivors mainly due to the toxic effects of some cancer treatments, the study authors pointed out.

According to Dr. William Hundley, a cardiology professor at Wake Forest Baptist Medical Center, in Winston-Salem, N.C., “There is a surveillance program with echocardiograms during receipt of trastuzumab for this very purpose.”

This usually involves undergoing an echocardiogram, a procedure that uses ultrasound waves to assess heart function, every three months during treatment, explained Hundley, who was not involved in the new study. He added that treatment discussions between breast cancer patients and their oncologist should cover both the risks and benefits of any appropriate therapies.

In their study, Henry and her colleagues also analyzed the rate of heart-monitoring adherence among the chemotherapy patients.

Only 46 percent of those treated with Herceptin or trastuzumab-based chemotherapy had their heart function assessed before starting chemotherapy and received the recommended heart monitoring during treatment, the findings showed.

It’s unclear why rates of heart monitoring were low among these patients. The study authors suggested that some doctors may view it as unnecessary, particularly for younger women with fewer underlying health issues or other heart-related risks.

The researchers pointed out that younger women with long life expectancies may receive more aggressive treatment, which could increase their need for more careful heart monitoring.

If heart changes are detected, patients can talk to their doctor and make informed decisions about their treatment. In some cases, heart medications can help improve heart health during treatment, according to the American Heart Association.

Hundley added that scientists are also actively investigating if lifestyle adjustments — such as diet and exercise — could also help reduce the risk for heart problems among high-risk chemotherapy patients.

The study was published Aug. 6 in a special Imaging in Cardio-oncology issue of JACC: Cardiovascular Imaging.

The U.S. National Cancer Institute has more about heart health during cancer treatment.