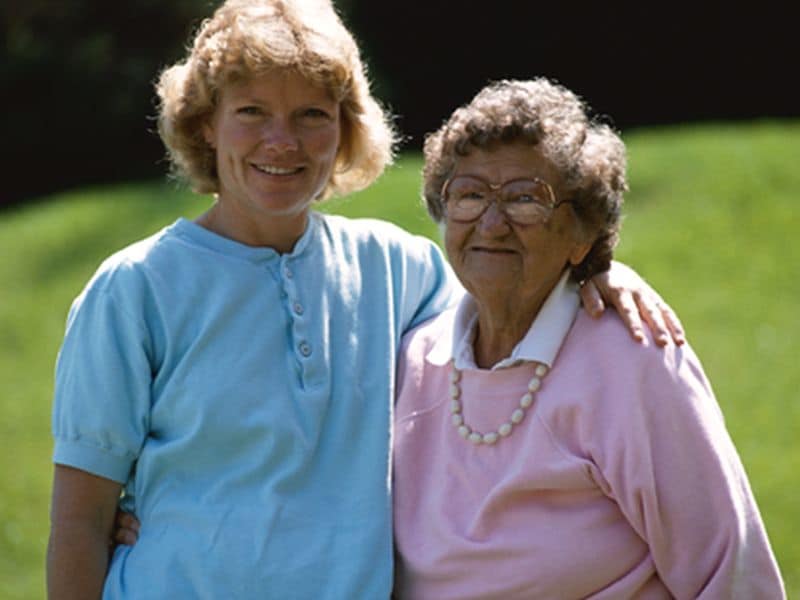 Women whose mothers lived a long and healthy life have a good chance of doing the same, a new study suggests.

A long-term study of about 22,000 postmenopausal women in the United States found that those whose mothers had lived to age 90 were 25 percent more likely to reach that milestone without suffering serious health issues, such as heart disease, stroke, diabetes, cancer and hip fractures.

If both parents reached age 90, women were 38 percent more likely to live a long and healthy life, the findings showed.

The study by researchers at the University of California, San Diego School of Medicine, was published Aug. 15 in the journal Age and Ageing.

“Achieving healthy aging has become a critical public health priority in light of the rapidly growing aging population in the United States. Our results show that — not only did these women live to age 90 — but they also aged well by avoiding major diseases and disabilities,” said first author Aladdin Shadyab. He’s a postdoctoral fellow in the department of family medicine and public health.

“It’s not just about the number of candles on the cake. These women were independent and could do daily activities like bathing, walking, climbing a flight of stairs or participating in hobbies they love, like golf, without limitations,” he added in a university news release.

But Shadyab’s team found no increase in daughters’ longevity or health if only their father lived to 90 or beyond.

“We now have evidence that how long our parents live may predict our long-term outcomes, including whether we will age well, but we need further studies to explore why,” Shadyab said. “We need to clarify how certain factors and behaviors interact with genes to influence aging outcomes.”

Longevity may be influenced by a combination of genetics, environment and behaviors passed from parent to child, according to the researchers.

The women in the study whose mothers lived to at least 90 were more likely to be college graduates and married with high incomes. They were also more likely to be physically active and have good eating habits.

“Although we cannot determine our genes, our study shows the importance of passing on healthy behaviors to our children,” Shadyab said. “Certain lifestyle choices can determine healthy aging from generation to generation.”

The U.S. Office of Disease Prevention and Health Promotion outlines how to protect your health as you age.