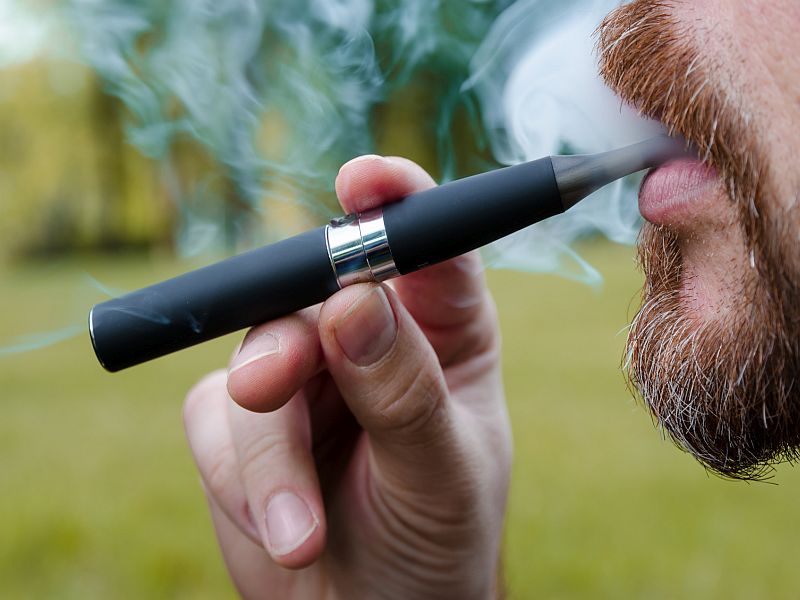 More Americans are giving up cigarettes, and a new study suggests electronic cigarettes may be the reason why.

After stalling for 15 years, the U.S. quit-smoking rate rose to nearly 6 percent in 2014-2015, up from less than 5 percent in prior years, according to national survey data.

Researchers at the University of California, San Diego School of Medicine believe e-cigarettes have helped fuel the increase.

“From 2014 to 2015, more e-cigarette users tried to quit cigarette smoking and succeeded in quitting than those who didn’t use e-cigarettes,” said lead researcher Shu-Hong Zhu, director of the university’s Center for Research and Intervention in Tobacco Control.

In background notes, the researchers said use of electronic cigarettes in the United States became noticeable around 2010 and increased dramatically by 2014 — which would coincide with the rising quit-smoking rates.

But scientists remain divided over whether e-cigarettes are a “gateway” to smoking or a less harmful tool that helps smokers quit. This new study seems to support the second theory.

“People should be open to consider e-cigarettes as a way to help them quit, especially if they have used everything else in the past,” Zhu said. “The important thing is that people continue to try.”

One specialist emphasized that this paper can’t prove that e-cigarettes help people quit.

“All we can say is at a time when e-cigarette use is increasing, successful smoking cessation increased, and the prevalence of adults who smoked dropped,” said Dr. Steven Schroeder.

Schroeder and Zhu concede that e-cigarettes are probably not completely safe, but are likely less harmful than regular cigarettes.

“If the 40 million smokers in the U.S. switched to e-cigarettes, the nation would be a lot healthier for it,” Schroeder said.

The best way to quit smoking is to use the currently recommended methods, Schroeder said. “But if those don’t work — try an e-cigarette.”

Among these, nearly half of recent quitters had tried e-cigarettes, the researchers found.

Kenneth Warner, a professor of public health at the University of Michigan, welcomed the findings.

The study authors have used a large data set to address whether e-cigarettes can help adults break the cigarette habit and they determined “e-cigarettes are helping smokers to quit,” Warner said.

In the United States, public health organizations have focused almost exclusively on the potential adverse consequences of e-cigarettes for kids, to the detriment of the health of adults who might benefit from a more positive take on e-cigarettes, he said.

“This study suggests that we should be receptive to the kind of approach that health authorities in England have taken, encouraging smokers who cannot quit otherwise to try e-cigarettes,” Warner said.

“With proper regulation, we could increase the potential of e-cigarettes to reduce the horrific toll of cigarette smoking in our society,” he added.

In 2016, the U.S. Food and Drug Administration finalized rules to regulate e-cigarettes. However, the Trump administration has delayed the enforcement of these rules.

One limitation of the study is that details on how participants actually stopped smoking weren’t available. In addition, the types of e-cigarettes used aren’t known, the researchers said.

The report was published July 26 in the medical journal BMJ.

For more on e-cigarettes, visit the American Lung Association.