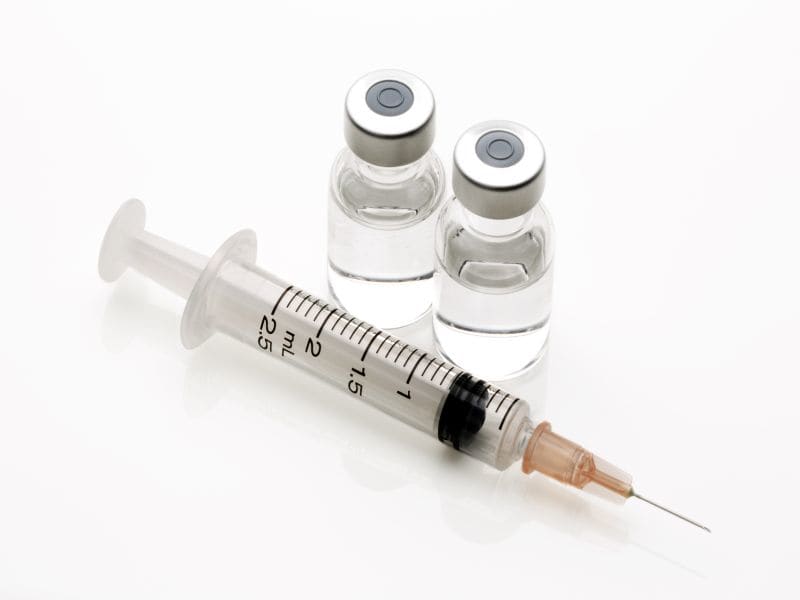 Children born to women who got the Tdap vaccine during pregnancy have no greater risk of autism than other kids, a new study finds.

The Tdap vaccine protects against tetanus, diphtheria and pertussis, which is better known as whooping cough. U.S. health officials advise pregnant women to get a booster shot in order to protect their newborns from whooping cough.

Young infants are at greatest risk of life-threatening complications from the respiratory infection, according to the U.S. Centers for Disease Control and Prevention.

When a pregnant woman gets the Tdap vaccine, she passes along antibodies that will protect her baby in the first months of life, explained Tracy Becerra-Culqui, the lead researcher on the new study.

Infants get their first vaccination against whooping cough at the age of 2 months.

Parents, of course, want to know that the vaccine is safe, as well, Becerra-Culqui pointed out. Research has shown there is no link between Tdap vaccination during pregnancy and the risks of preterm delivery or low birth weight.

Now the new findings, published online Aug. 13 in Pediatrics, show no association with autism, either.

“If a woman has had any hesitancy about getting the vaccine, this can help reassure her that it’s safe,” said Becerra-Culqui, a postdoctoral researcher with Kaiser Permanente, in Pasadena, Calif.

The notion that vaccines could be related to autism goes back to the 1990s — starting with a small, and now-debunked, study that linked the childhood MMR vaccine, which protects against measles, to a heightened autism risk.

In the years since, research has consistently turned up no connection between autism and any vaccine or vaccine ingredient, according to the CDC.

The new study adds to that large body of evidence, said Dr. Paul Offit, chief of infectious diseases at Children’s Hospital of Philadelphia.

“Any parent can understandably be concerned that vaccines given during pregnancy might inadvertently affect their unborn child,” said Offit, who was not involved in the study.

These findings, he said, add to the “mountain of evidence” showing that vaccines given during pregnancy — including Tdap and the flu shot — are safe for women and their children.

The findings are based on medical records for nearly 82,000 children whose mothers were in the Kaiser Permanente Southern California health plan. All of the women gave birth between 2011 and 2014.

Among more than 39,000 women who received the Tdap vaccine during pregnancy, between 1.2 percent and 1.8 percent of their children were later diagnosed with autism — depending on the year they were born.

Among children born to moms who did not get the vaccine, the rate ranged from 1.5 percent to 1.9 percent.

The study did find differences between vaccinated and unvaccinated mothers-to-be: Those who received the Tdap shot were more educated and more likely to have their pregnancy go full-term, for example.

But even when the researchers factored in those differences, there was no link between vaccination and autism risk.

Dr. Lisa Waddell is deputy medical officer at the non-profit March of Dimes.

“This study adds to the body of literature clearly showing this vaccine is safe,” said Waddell, who was not involved in the research.

And while some people may think whooping cough is a disease of the past, that’s not the case, Waddell pointed out: The United States sees outbreaks annually, and the infection has actually been on the rise in more recent years.

That, according to the CDC, is partly because immunity from the current vaccine wanes over time.

Because immunity declines, women need to get the Tdap vaccine with each pregnancy, Waddell said. And anyone who cares for the baby should also get a booster, she explained.

“This vaccine is the best way to protect your newborn from whooping cough,” she added.

The CDC has more on Tdap vaccination.